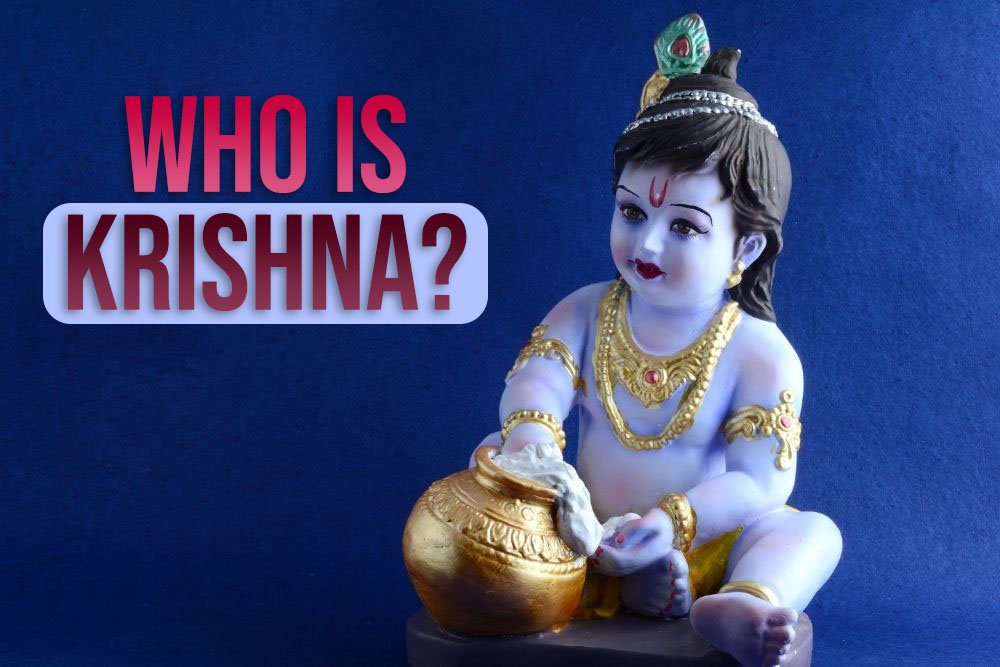 Krishna is the representation of the manifestations of God in the universe, according to Hindu tradition. Krishna is the eighth avatar of the God Vishnu, who manifests love and joy.

This God is vital for the Hindus, as he is a fierce deity, but at the same time, he is kind and imparts justice. Krishna is an eternal being, without birth or death.

However, he temporarily adopted a physical body to be born and die on Earth. Krishna's devotees believe that surrendering to him will lead them to eternal happiness and spiritual perfection.

This supreme God is the guide to achieve success, especially for those who feel lost in life.

Krishna blesses them and guides them for good.

To learn more about this Hindu deity, here are seven Krishna facts:

Krishna means the supreme attraction, which means that this God is attracting everyone's mind because he represents all our desires and activities.

Krishna has infinite power of attraction; that is why all human beings want to reach him directly or indirectly. Those who long for peace seek Krishna because he is free from all anxiety.

This deity can liberate his believers from any suffering. Krishna also means "black" or "dark blue" because that is believed to be God's skin color. 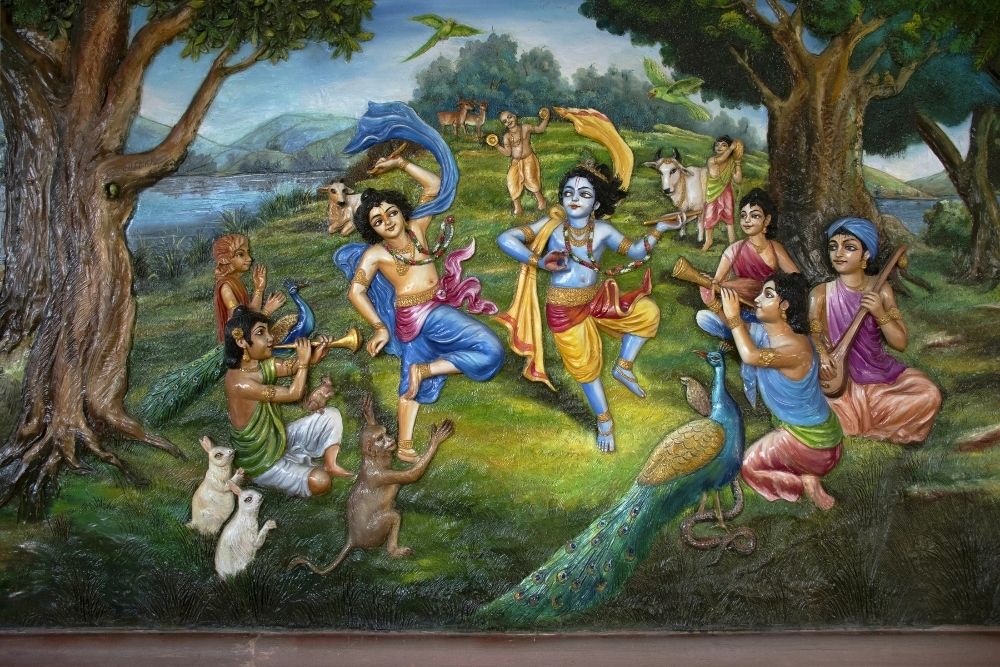 Krishna means everything and what that everything includes. This God makes all his devotees prosper so that they can experience good health, joy, peace, material abundance, and the joy of living.

Krishna is depicted aesthetically as a young man in bluish dark skin who is playing the flute.

His attire is composed of several garments of various colors: red, yellow, and orange. He is also wearing multiple accessories. 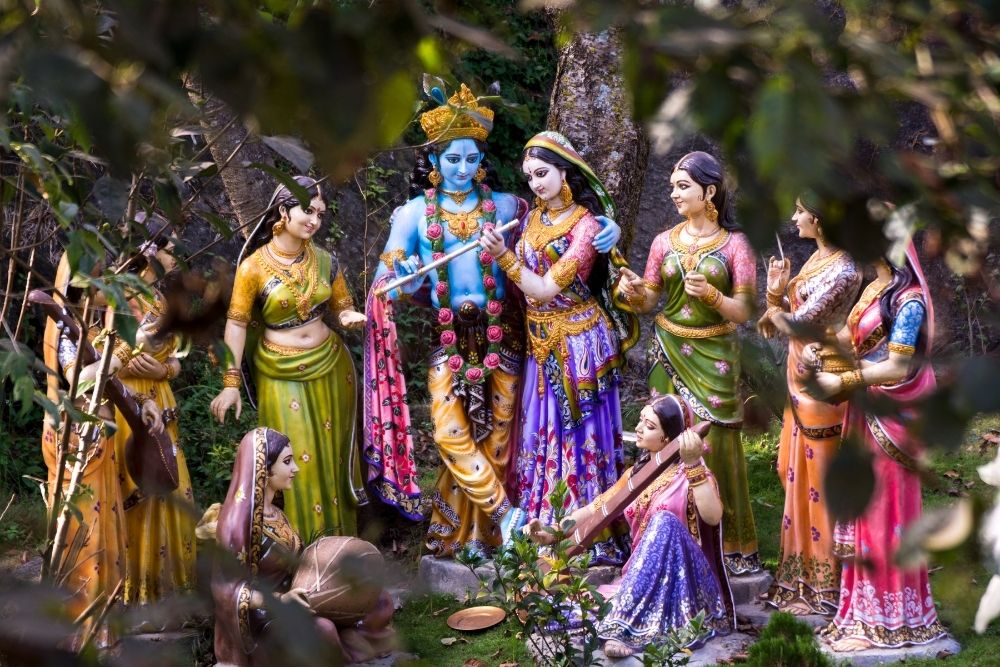 On his head, he has a crown with peacock feathers and several precious stones.

In some cases, Krishna is depicted through the image of a child.

According to legend, Krishna's mother is Devaki, and her father is Vasudeva. Devaki's brother, the evil King Kamsa, promised to kill Krishna because he heard a prophecy that Krishna would kill him in the future.

To protect Krishna, the God Vishnu would take him away from Kamsa and hand him over to another couple to be educated as his son.

From childhood to adulthood, Krishna confronted and killed all the demons presented to him.

You can access Krishna's wisdom through the Sacred Book of Hindu tradition: Bhagavad Gita.

This book teaches the different methods that exist to free the human soul from all earthly sufferings.

Krishna also describes the different paths that exist to achieve divinity. This book is universal since it includes all human beings. 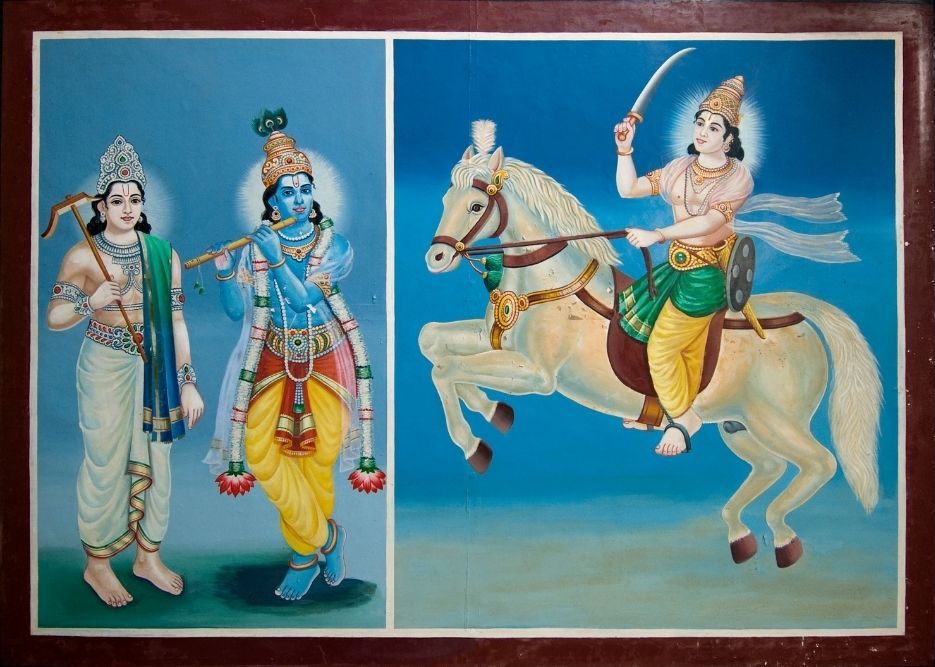 The story in Bhagavad Gita is an epic filled with wisdom. Krishna partakes in a great war and teaches Arjuna the supreme knowledge on the battlefield.

Bhagavad Gita proposes free human beings from the ego, as it is the primary source of suffering.

This book also promotes eliminating the harmful desires that live in the human soul since they only reveal the ignorance we suffer. Krishna advises ignoring the five physical senses, as these reflect an illusory reality.

The only truth is the divinity within us, which we cannot manifest because of ego and ignorance.

5. Krishna as the Revealer of truth

Krishna reveals to his devotees that everything they grasp through the mind, intellect, and five senses is an absolute lie, the product of human limitation. Krishna calls Maya the human mind, which is an illusion.

All the beliefs of the mind are wrong: good, bad, cute, ugly, etc. These ideas start from the concept of separation of the individual from the rest of the universe, which is a lie.

To get closer to the truth, Krishna asks his followers to find happiness within them, for we are all One with the universe.

Because of all this, Krishna invites his believers to love all human beings equally, considering that Krishna is present within each person.

Krishna encourages his devotees to move away from attachment for good. 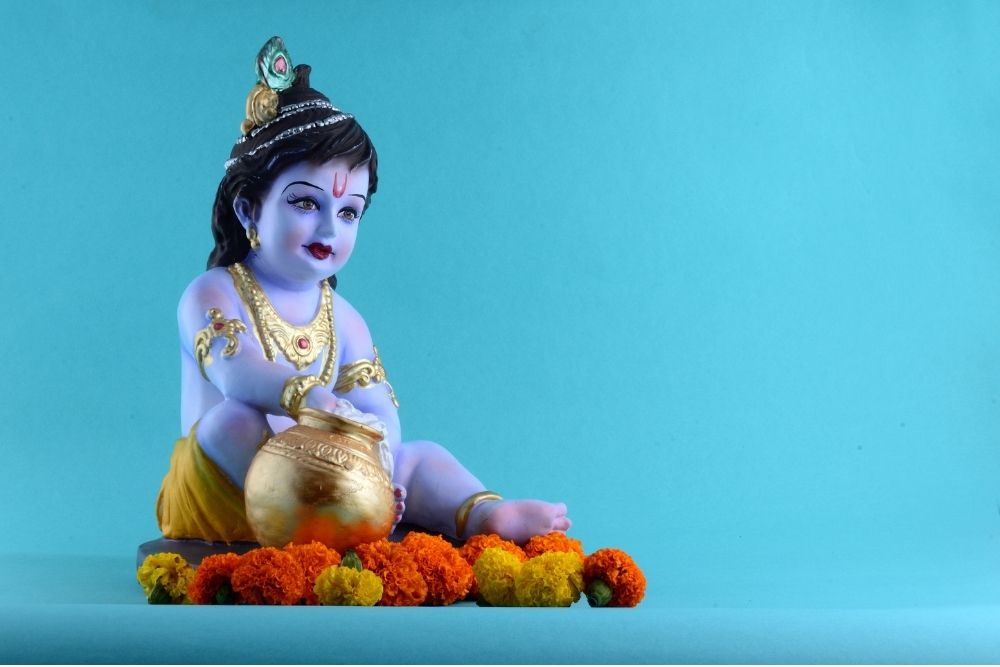 Krishna often appears as a child. You can see this as a symbol for his innocent play within the material world.

Krishna warns that this is very damaging, as no worldly desire leads to true happiness. The first step in freeing yourself from attachment is to become aware of this lie.

This God counsels to realize the very divinity within each one. Krishna indicates that human beings can free themselves from destructive tendencies through consciousness, yoga, and meditation.

In this way, the individual rises above that illusion and finds the truth.

It is essential to know that Krishna never died; he ceased to manifest himself physically on the earthly plane.

Krishna is eternal, so he will always be present among us.

Krishna wanted to experience his existence as a human being, so he underwent a physical death after finishing his Earth mission. One day Krishna was in the woods, and a hunter accidentally shot him in the foot, his weak spot.

When the hunter realized his mistake, he apologized. Krishna blessed him and thanked him for his service, for he already knew he should leave this world.

Everything that happened was by Krishna's will.

Through his death, this Hindu god warns us that death can come at any time.

That is why we must live with joy and gratitude, knowing that we can die at any time.

In this way, the individual is in grace with God and leaves this world in peace. 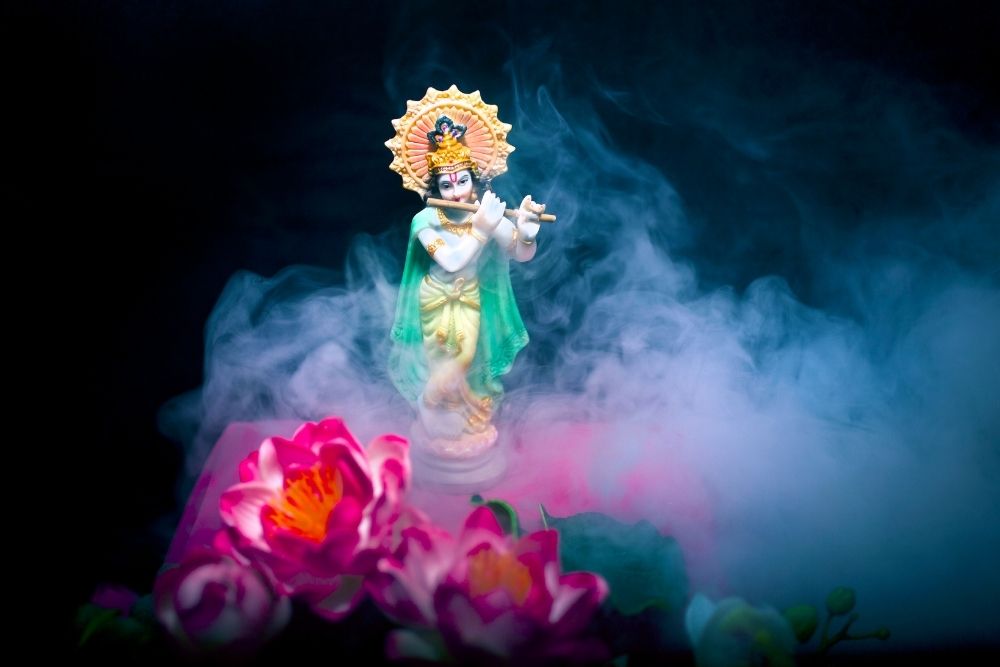 These seven facts Krishna help us understand this Hindu deity's greatness, regardless of the spiritual belief.

Krishna proposes to ignore the reality shown to us by our five physical senses since these are illusory and are part of the Maya.

To be happy, we must free ourselves from this lie and find harmony within ourselves.

Krishna asserts that happiness is within us and not in our material possessions.

Becoming aware of this truth will free us from the attachments that bind us to this world: money, possessive relationships, excessive ego, etc.