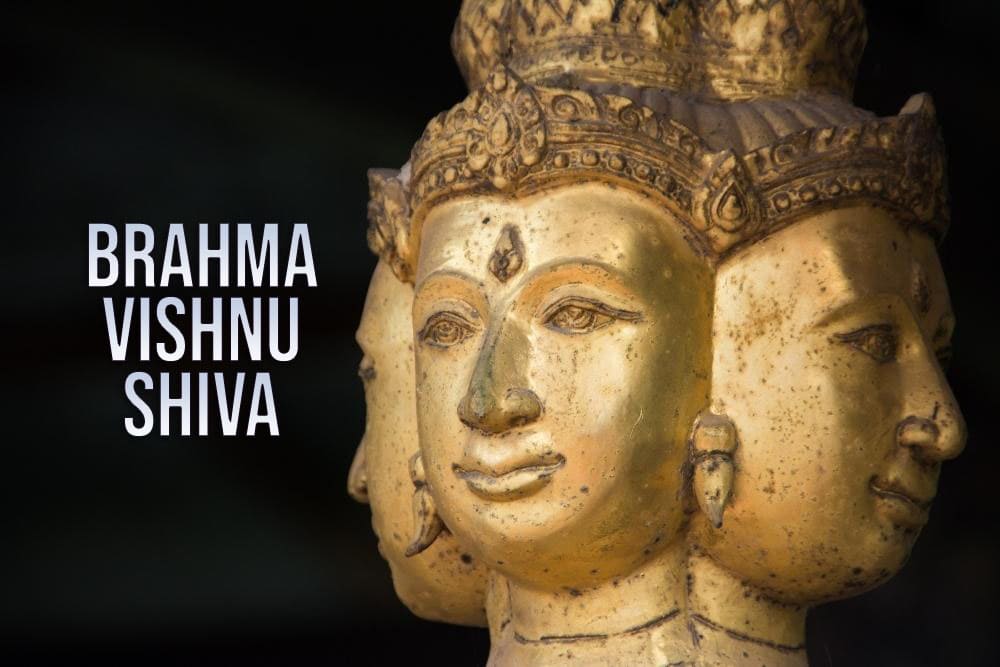 The Hindu trinity of gods consists of Shiva, Vishnu, and Brahma. Each god has its unique qualities and attributes that make them special.

Shiva is the destroyer god who represents change. He is often depicted as a wild and chaotic god but also a god of transformation.

Shiva is a powerful god who can help us let go of old patterns and ways of thinking that no longer serve us.

If we feel stuck in our lives, invoking Shiva can help us break free from our limitations.

Vishnu is the preserver god who represents preservation. He is often depicted as a calm and peaceful god and a god of protection.

Vishnu is a caring god who can help us feel safe and secure. Invoking Vishnu can help us find peace of mind if we are anxious or afraid.

Brahma is the creator god who represents creation. He is often depicted as a wise and thoughtful god and a god of new beginnings.

Brahma is a generous god who can help us manifest our desires. Invoking Brahma can help us find our way if we seek guidance or direction in our lives.

Each of these gods has unique qualities that can offer us support and guidance on our spiritual journey.

When we connect with these gods, we tap into their powerful energy and receive the wisdom and strength we need to navigate life's challenges. 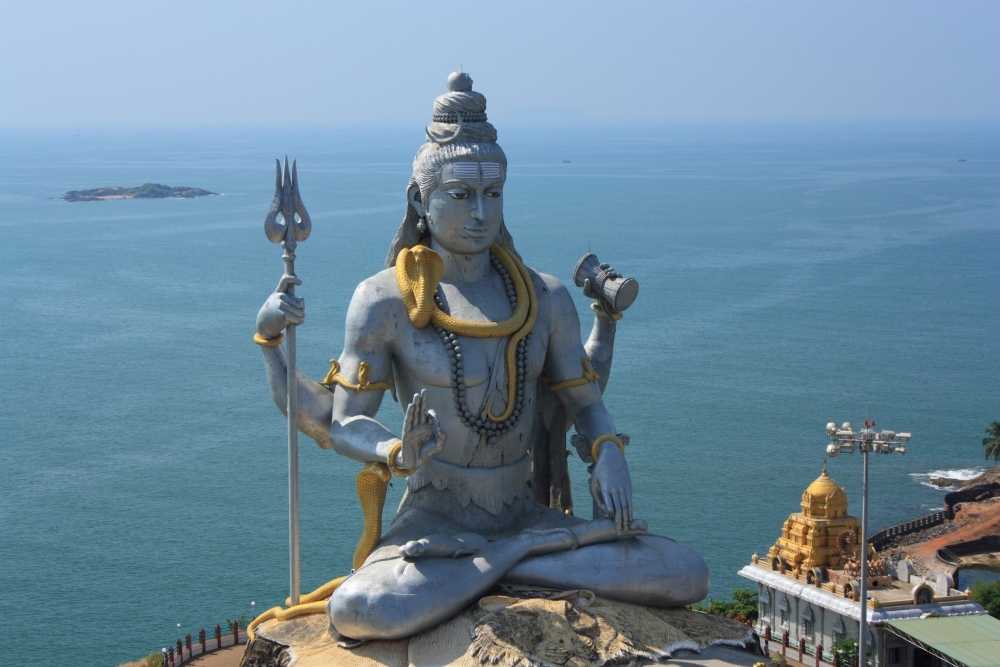 Shiva is usually depicted as a blue-skinned god with four arms.

In his lower right hand, he holds a trident which symbolizes his ability to destroy the ego.

In his lower left hand, he holds a drum which symbolizes his power to create and destroy.

In his upper right hand, he holds a flaming torch which symbolizes his power to destroy ignorance.

In his upper left hand, he holds a conch shell which symbolizes his power to dispel darkness.

He has four arms, which represent the four directions. He also has three eyes representing the past, present, and future.

His hair is matted, and he usually wears a garland of skulls around his neck. This garland symbolizes the fact that Shiva is not afraid of death.

When we connect with Shiva, we tap into his powerful energy and receive the wisdom and strength we need to navigate life's challenges.

He is known as the destroyer because he destroys the ego. The ego is the part of us full of fear, hatred, and greed. When we let go of our ego, we can live in a state of love, peace, and compassion.

When we connect with Shiva, we can tap into his creative power and bring our dreams and goals to fruition.

Many famous stories involve Shiva's mythology. One such story is the story of the Mahabharata. In this story, Shiva is a mighty warrior who helps the Pandavas defeat their rivals, the Kauravas.

Another famous story is the story of the Ramayana. In this story, Shiva plays a crucial role in helping Rama rescue his wife, Sita, from the demon king Ravana.

Shiva is also known for his ability to grant liberation from the cycle of rebirth. This is known as Moksha, and it is considered to be the highest form of liberation. Shiva is said to be able to grant Moksha to those who are pure of heart and who have dedicated their lives to serving others.

If you are looking for a god who can give you strength in times of trouble, wisdom in times of confusion, and compassion in times of need, then look no further than Shiva.

When we connect with Shiva, we open ourselves up to limitless possibilities. 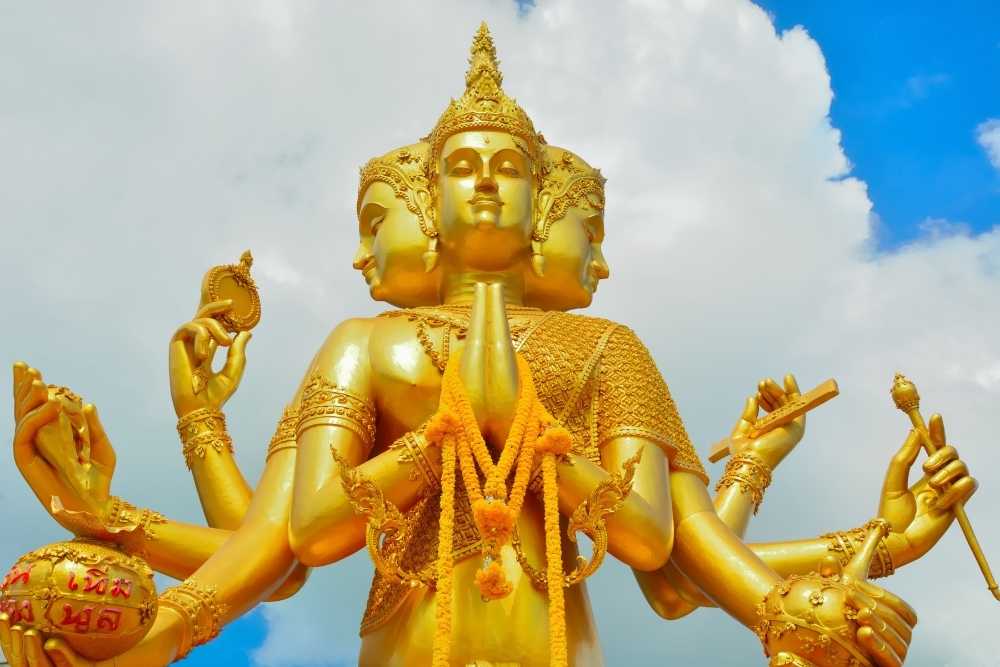 Brahma is the creator god in Hinduism. He is usually depicted as a four-headed god with four arms.

In his lower right hand, he holds a lotus flower which symbolizes his ability to create beauty.

In his lower left hand, he holds a manuscript which symbolizes his power to create knowledge.

In his upper right hand, he holds a scepter which symbolizes his power to rule.

In his upper left hand, he holds a conch shell which symbolizes his power to dispel darkness.

Brahma is known as the creator because he created the universe.

Shiva The Destroyer and Brahma The Creator are two popular Hindu gods. While they may have different roles, they both represent the infinite cycle of creation and destruction.

Connecting with either one of these powerful deities can help us navigate life's challenges and find success.

Brahma is known for his role in creating the universe, but he is also involved in many famous mythological stories. One such story is the story of the churning of the milk ocean. In this story, Brahma helps the gods and demons churn the milk ocean to extract the elixir of immortality.

Another famous story is the story of the birth of Vishnu. In this story, Brahma creates Vishnu by using his breath.

Brahma is also said to be involved in the creation of human beings. According to legend, Brahma created humans by mixing his blood with clay.

While Brahma is not as popular as Shiva or Vishnu, he is still an important figure in Hinduism.

If you are looking for a deity who can help you create something new and beautiful, then Brahma may be the right god for you. 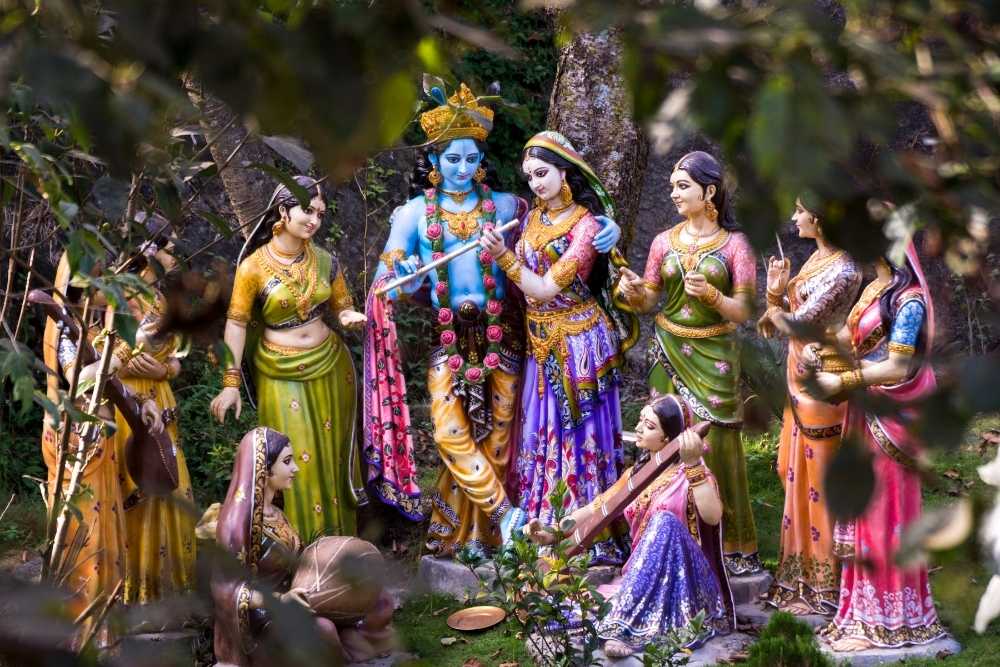 Vishnu is the second god in the Hindu Trimurti (the three main gods of Hinduism). He is also known as Narayana and Hari.

Vishnu is the supreme being in Vaishnavism, one of the major traditions within Hinduism, along with Shaivism, Shaktism, and Smartism.

He is one of the five primary forms of god in the Smriti texts of Hinduism, and particular importance is attributed to him as he is considered the Supreme God.

In Vaishnavite theology, Vishnu is identical to Brahman, and they both are eternal and infinite.

Vishnu holds a Padma (lotus flower) in his left hand, which symbolizes his ability to be victorious over the material world.

He is also often shown carrying a conch shell, and a discus weapon called the Sudarshana Chakra. Vishnu is usually depicted as blue-skinned, but he can also appear white, black, or red.

His iconography typically shows four arms, but he can also have two or eight arms.

Vishnu's most famous incarnation is Krishna, who is considered by many to be the Supreme Deity. Other popular incarnations of Vishnu include Rama and Shiva.

While there are many different stories and legends about Vishnu, some of the most popular ones are those that describe his avatars.

One of the most famous stories about Vishnu is the story of his avatar Rama. In this story, Rama is a prince exiled from his kingdom and forced to live in the forest for 14 years.

He fights a great battle against the demon king Ravana during this time. He defeats Ravana and rescues his wife Sita from captivity.

This story is one of the most popular in Hindu mythology and is often considered an allegory for the triumph of good over evil.

Another popular legend about Vishnu is the story of his avatar Krishna. In this story, Krishna is born as the eighth son of Devaki and Vasudeva.

At birth, he is prophesied to bring an end to the reign of the wicked king Kamsa. Kamsa tries to kill Krishna several times, but Krishna escapes his clutches each time.

Eventually, Krishna grows up and leads a group of warriors known as the Pandavas to victory in a great battle against the Kauravas.

This story is often seen as an allegory for the triumph of Dharma (righteousness) over Adharma (unrighteousness).

The stories of Vishnu's avatars are some of the most popular and well-known in Hindu mythology. These stories teach important moral lessons and show how good will always triumph over evil.

The concept of the Trimurti is often expressed in art as a three-headed god, each head representing one of the three forms. The Trimurti is also sometimes described as a single god with three faces or as three separate gods who are all aspects of the same divine being.

Prambanan temple in Indonesia is dedicated to celebrating the Trimurti: Shiva, Vishnu, and Brahman.

The Trimurti has been a significant part of Hinduism since ancient times and has been mentioned in several sacred texts, including the Vedas and the Puranas.

The Trimurti generally expresses the absolute reality that pervades all of existence. Each of the three deities is seen as an aspect of this one supreme reality, and each is accorded equal importance.