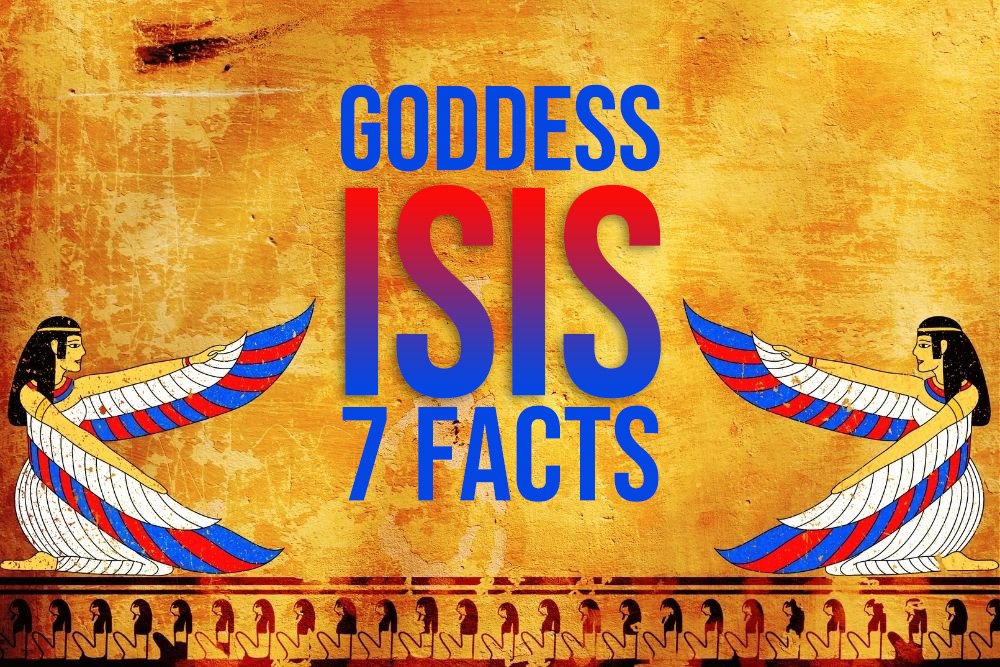 Isis is an Egyptian goddess who represents the queen, mother, and Goddess of all gods.

She is the sister and wife of Osiris, the powerful king, and god of the dead and agriculture. Isis is revered as the great magician, as she resurrected Osiris, and then they had a son.

She is also a divine mother because of her virtues as a protective mother of her son and the Egyptian people. Isis is also represented as the moon since she protected the Nile River, making it grow and preventing it from flooding.

Isis is the feminine paradigm of creation because she has virtues that support this idea: fertility, beauty, and protective capacity.

Here are seven facts about goddess Isis to learn more about this fabulous female entity.

1. Isis Is A Universal Goddess

Isis had a destiny for greatness since she was born. Isis means "throne" in Arabic-Egyptian.

In addition to being queen and Goddess, she was considered a great magician, the perfect mother, and the ideal wife.

She and her husband Osiris taught the Egyptians agriculture so they could thrive in their lives. They also taught them how to venerate the gods so that the relationship between them and mortals would be fluid.

The Egyptians worship the gods and receive blessings through them.
Isis and Osiris fostered the cultural development of Egypt, turning it into an educated and fascinating civilization.

Being so powerful, many peoples of the world have worshipped her, even today.

There is a famous phrase in Egypt that perfectly describes Isis' personality: "She is more rebellious than any human, more clever than any god and more skilled than any spirit." Isis has proven to be smarter than many kings and gods.

She knows what she wants and what she needs to do to get it. This Goddess trusts herself in any circumstance.

She never gives up on her goals because she always achieves them.

Isis is an excellent inspiration to today's woman because of her intelligence, perseverance, and willpower.

3. Isis, the most powerful magician

Isis practiced magic and, through it, manipulated reality according to her desire, although she always sought good and justice.

She was naturally powerful, and thanks to her cunning, she manages to know the secret name of the supreme god Ra, which makes her more powerful.

She exercised magic on mortals and also on the gods. She was invoked to heal the sick, achieve a pregnancy, have a stable marriage, be successful in any entrepreneurship and everything related to fishing and agriculture.

Christianity adopted her image and linked it to the Virgin Mary, mother of Jesus, and paradigm of ideal motherhood.

4. Isis, The Goddess of the Underworld 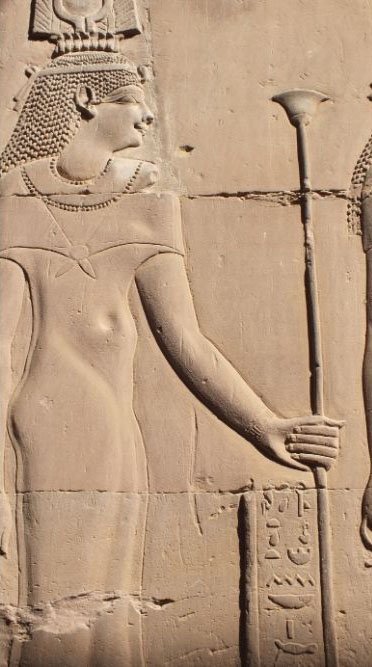 Isis resurrected her husband Osiris from death, and thanks to this feat, she became Goddess of the Underworld.

For this reason, the sick ask her to save them from death. Isis also protects the dead in the transition from the earthly plane to the spiritual plane.

During this journey, the deceased may suffer the harassment of demonic spirits. Isis drives away evil entities by facilitating the path to eternity.

She also fosters the beginning of a new life in other planes of existence once this mortal life is over.

The underworld domain is her main power, which is why she has thousands of devotees to this day.

5. Absorption of other deities

Isis's power is so great that she has absorbed the characteristics of other gods. That means she adopted some of the symbology of other gods and added it to her cult. The goal of this absorption is to strengthen and improve the attributes she already has.

Horus and Osiris on wall.

Then all the gods that Isis absorbed:

Anubis: God of the dead, he helped Isis mummify Osiris.

Nun: this Goddess gave Isis the attribute of fertility.

Neith: Isis takes the wisdom of this Goddess.

Hathor: Isis takes the attribution of motherhood through Hathor, Goddess of love.

Osiris: Isis becomes Goddess of the Underworld, a power that also belonged to her husband/brother.

6. The Goddess of Love

Isis had a perfect love story with her husband, Osiris. She resurrected him from death and managed to have a child with him, whom she called Horus.

For this reason, women from all over the world pray to Isis that she will grant them the happiness of an ideal marriage that lasts a lifetime.

In addition to a perfect marriage, Isis fosters lasting relationships, stable couples, and achieving any loving goal a woman has.

Isis is revered through prayers, flowers, water, and music. The devotees of this Egyptian Goddess ensure that she listens to them and that she grants wishes.

7. Goddess Isis, an ally of success

Isis and her husband Osiris have always wanted what is best for the Egyptian people.

She is a benefactor of crops, fishing, and anything that means prosperity.

For this reason, those who worked the land and fished in the rivers venerated Isis for her to bring them success and material wealth. The cult of Isis spread throughout the world and continues today.

Men and women ask her to thrive in fishing and agriculture, and any business or project. She is the most powerful magician, and grants wishes to her devotees.

These seven facts about Goddess Isis reveal her magnificence. She is the most important Goddess of the Egyptian pantheon and has the most devotees in Egypt and the world.

This is due to her power and charisma. Isis masters magic, underworld, good health, fertility, motherhood, love, rivers, stars, etc.

She is a brave female deity who has overcome all the obstacles that were presented to her. Isis is a great inspiration to all men and women who want to get ahead in life.