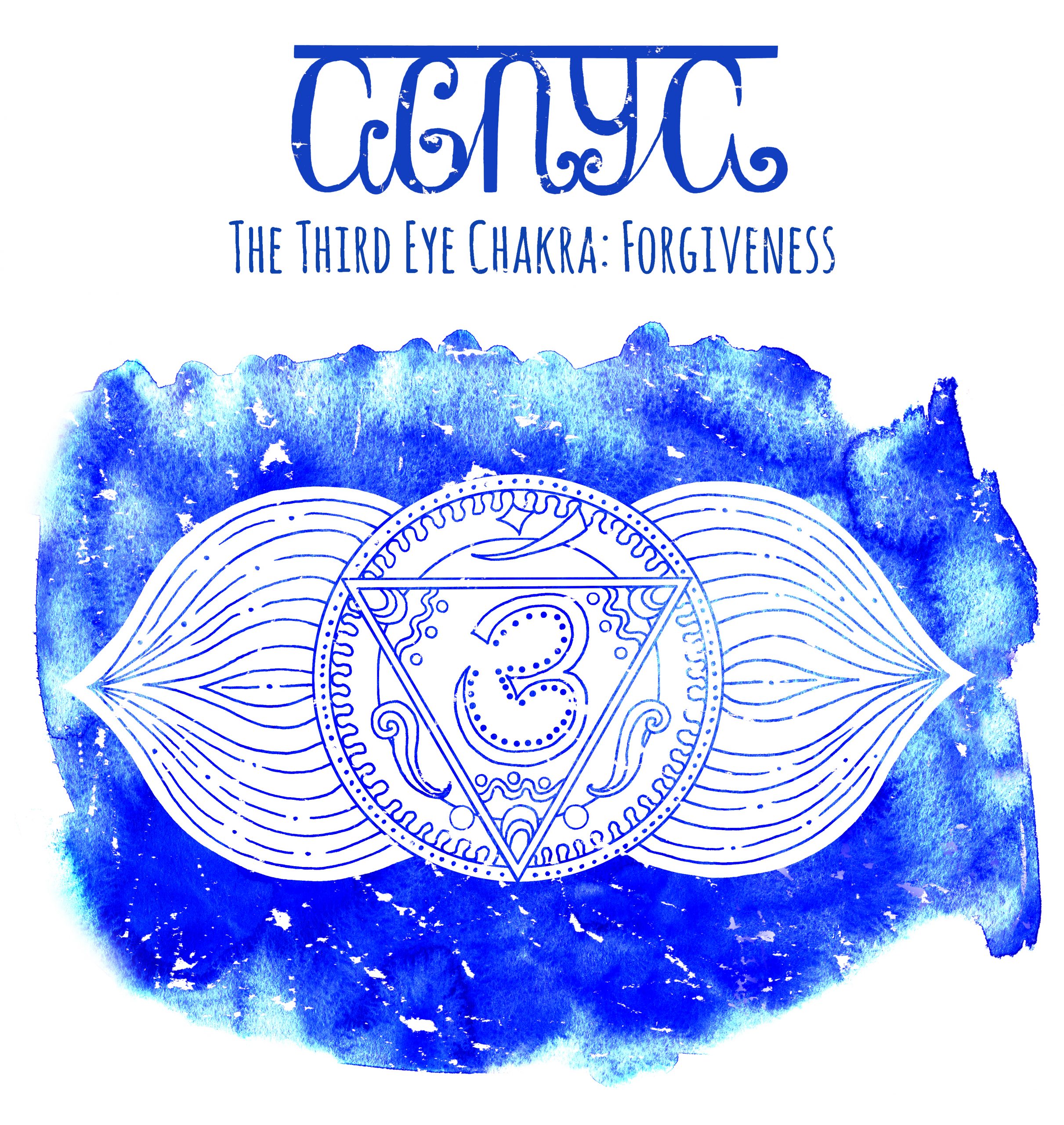 The third eye chakra or eyebrow is located in the forehead area between the eyes. In this article, we'll look at some of the main features of this chakra, as well as the possibilities it offers when it gets out of balance.

What is the third eye chakra?

Chakras are energy vortices that are found in the etheric or the subtle body.

The chakras play a vital role in transforming energy from the broader universe in ways that our minds and bodies can use, as well as maintaining the balance of our energy systems.

There are seven main chakras, of which the third eye is the sixth. In traditional Sanskrit terminology, it is also known as the "Ajna" chakra.

Properties of the forehead chakra

Each chakra is associated with a specific color, and in this case, it is the indigo color.

The forehead chakra is strongly related to intuition, and when you are in a good balance you benefit from a clear flow of wisdom and insight.

It is also related to the health of the head area, including the eyes, ears, and nose.

The Third Eye is the chakra of Divine Truth. To open it means connecting to the source of all wisdom contained in the Universe.

Meditating on this chakra by directing focus there is very beneficial.

It is common to paint a dot on the Third Eye as a reminder to direct attention there. Hinduism has a long tradition with Third Eye Chakra meditation.

How To Keep the Third Eye Chakra Balanced?

The chakras can become unbalanced due to several factors, including the stressful lifestyle that so many people live today.

Such imbalances can manifest themselves in various ways, and in the case of the third eye chakra, symptoms such as head, eye, ear problems, etc, as well as a feeling of confusion, mental worry and learning difficulties can occur.

As with the other chakras, the use of crystals can help restore balance. For the forehead chakra, the use of blue gemstones such as sodalite or lapis lazuli can be helpful.

Meditation is also one of the most powerful ways to rebalance the sixth chakra, especially if you use brainwave drag recording designed for this purpose.

If you're unfamiliar with this, taking brainwaves essentially involves hearing certain frequencies, and the frequencies in question depend on what you want to achieve with the recording.

A brainwave recording that is intended for working with chakras must contain frequencies that are associated with the healthy functioning of the chakras in question.

Exposure to such a recording, of course, allows the chakras to realign themselves with relatively little effort.

This is ideal for people who have not trained meditators and who may have difficulty focusing on traditional guided meditation techniques. 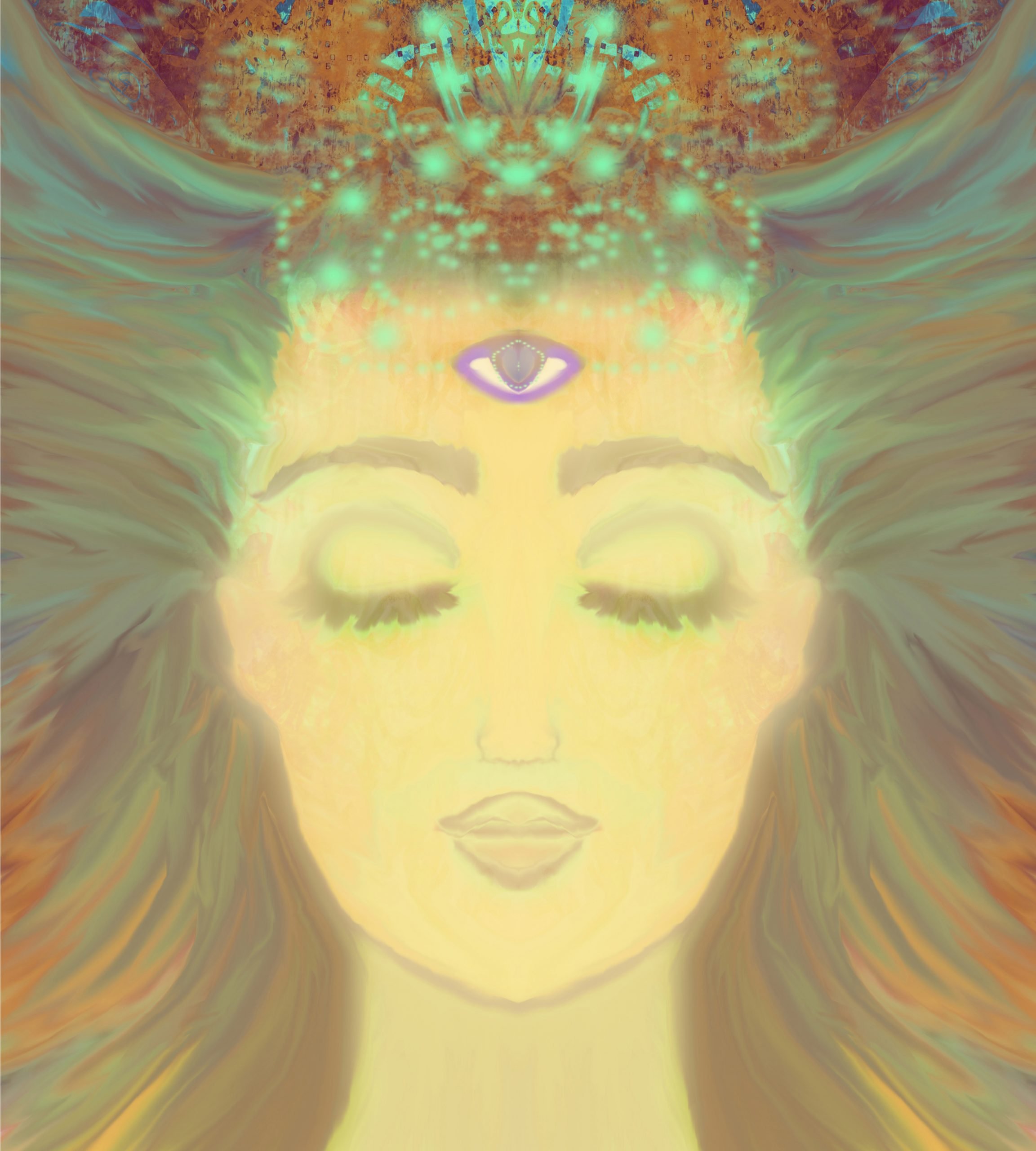 A balanced and clear chakra for the third eye gives us creative imagination, visualization, and innovation.

Our ability to concentrate is greatly improved. The left brain is balanced with the right brain.

Finally, we don't allow others to push ourselves, we draw a line in the sand where nobody can cross.

We are no longer dependent on others to support us financially or emotionally. Independence becomes our new protective shield in life.

If you want to use the power of brainwave driving to balance the chakras, you should use a high-quality recording that is specifically designed for it.

Many people have heard of the "third eye" but do not know what that means.

The third eye is connected to actual physical vision, and when it is out of balance (either hyperactive or inactive), vision disorders, or the eye area in general, as well as related problems, sinuses, nose, the brain can occur and face.

Spiritually there can be an abundance of visions and unwanted psychic awareness. that is, the vision of spirits, the recognition of energies, the presence of psychic or paranormal phenomena, etc.

For many clairvoyants and spiritual adepts, there is no excess of such things - excess means "too much" of something, but as soon as it is true spiritually and mentally developed, all phenomena are placed in their proper context (properly managed and essentially valued).

This chakra is spiritually associated with psychic vision and intuition.

When you meditate, you have several methods that can be opened and strengthened to increase a person's natural (or, if desired, supernatural) psychic gifts.

Through this Ajna or chakra of the third eye, individuals perceive psychologically, be it energies, spirits or subtle changes in the mental or spiritual environment. 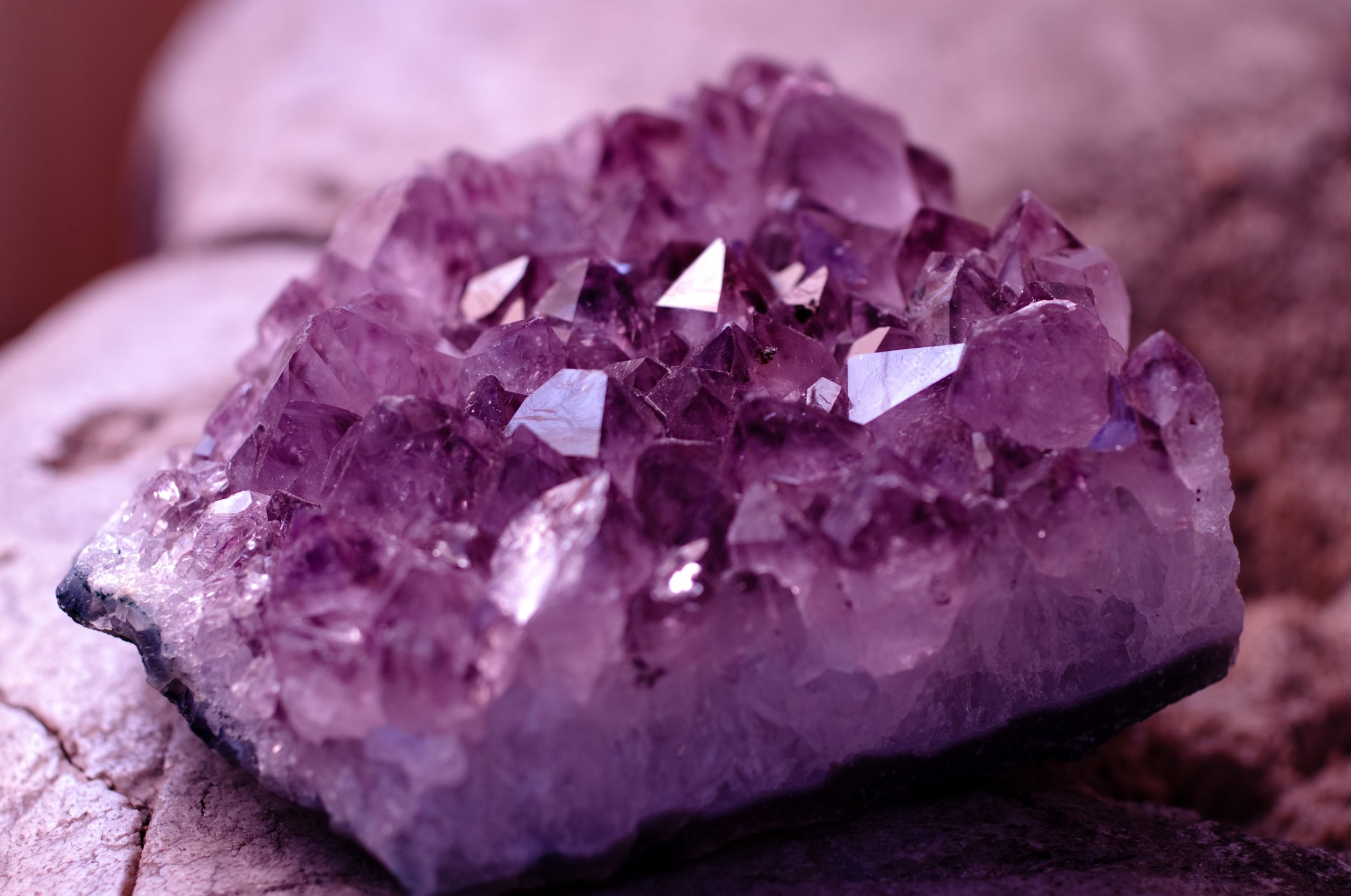 Amethyst is a well-known Third Eye Healer. Using crystals and stones to work on this chakra is a very effective method.

A common event that occurs in the third eye is what Muktananda and others called "the blue pearl".

It is a (usually) small blue/indigo dot that occurs within a person's actual field of vision. I see these energy points on average as blue, but sometimes they appear as gold or white - there is no hard and fast rule.

Generally, when these points of light are observed, this indicates that the third eye is open or open.

In my experience, it can also indicate the presence of a real spiritual being (spirit) or a force (leader, angel, etc.) that would rarely be seen without an open or awake third eye.

When the third eye chakra gets out of balance, a person emotionally lacks the insight and perception of the sound.

They don't see clearly whether they are internal or external, and this can make them confused, disoriented, and even aggressive.

When this chakra is out of balance, headaches, brain fog, brain tumors, memory disorders, sinus disease, and more can occur physically.

When the third eye chakra is balanced and healthy, a person can grasp details about their surroundings, their conditions, the people they meet, and even future events.

The psychological phenomena surrounding a person will also increase in proportion to the awakening and full functioning of the third eye.

Therefore, if you are actively interested in developing mentally and spiritually, you should develop a keen interest in the chakra energy system in general and specifically concerning the third eye chakra.

The chakras are your source of energy. They are points in your body where your hidden energies accumulate. They are opportunities for life force to enter.

They reveal your self-confidence and nourish your soul. If they are released in this case, it is like food for your soul. They resemble an energy channel, at the end of which there is religious light.

The third eye chakra is a source of strength for insight and perception.

Choosing is a must for everyone and you need to make sure that you have this ability and that you use it well. In this case, if you face various setbacks in your ability to make decisions, it has been strongly recommended that you be very aware of the third eye chakra.

The release of the third eye chakra is required in such a scenario so that everything can return to the normal level that can be considered useful.

Massage methods are measured to be incredibly important when you open the third eye chakra because you can certainly get great benefits.

The sixth chakra is dedicated to both perceiving and building skills and realizing that what you see has an impact on you.

As your two eyes perceive the material earth, your sixth chakra perceives beyond the physical.

Too much energy in the chakra of the third eye can lead to headaches, difficulty concentrating, nightmares, and hallucinations.

When the chakra opens, abilities such as telepathy, clairvoyance, divine intuition, imagination, and visualization may come to you.

I made this video to show you my favorite techniques for awakening the third eye. These are time-tested and proven methods that work.

A bad sixth chakra can lead to memory and vision problems. Grape juice and red wine are the most common and helpful foods to balance the third eye chakra. So if someone wants to balance their third chakra, try eating these types of foods regularly.

If you want to make sure that you live an incredibly good life, which in this case can be filled with pleasure, one of the most important properties is to harmonize your third eye chakra.

Like your body, which requires nutrients, vitamins, and proteins to continue, your chakras require that the food is well-fed, healthy and balanced.

Foods that you can include to balance and also nourish your 3rd eye chakra are:

Dark blue vegetables and fruits, such as blackberries, blueberries, and eggplants, can help awaken the third eye chakra. In addition to poppy seeds and lavender spices can also awaken your visual center. 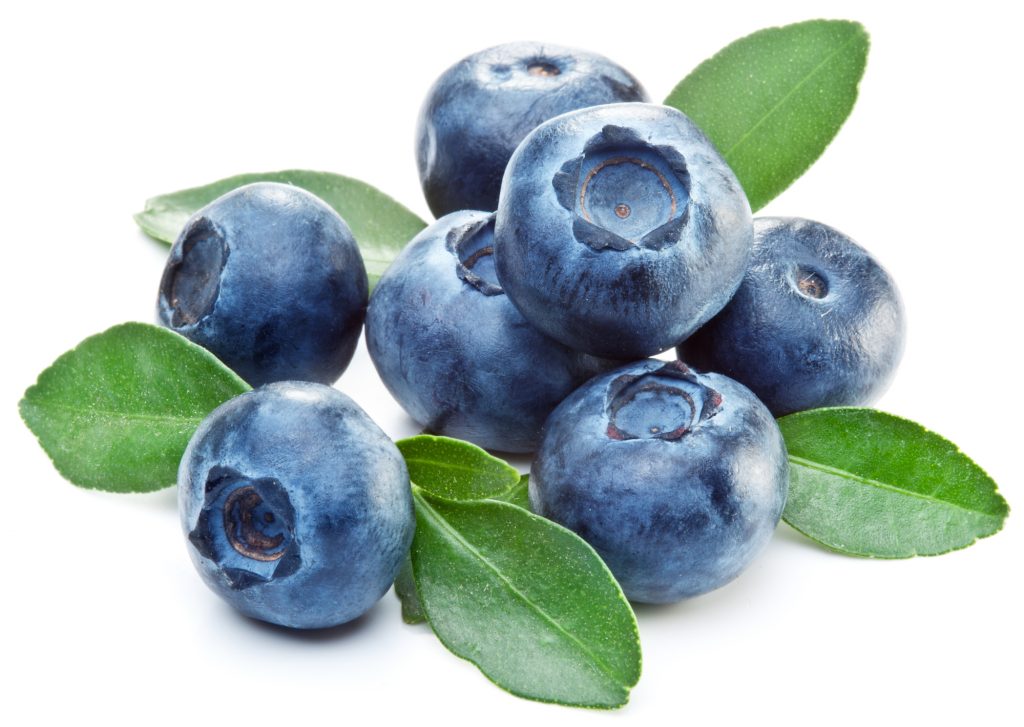 Blueberries are extremely healthy and good for the third eye.

You can read our introduction to all seven chakras by clicking here, or choosing the specific chakra you'd like to understand better below.