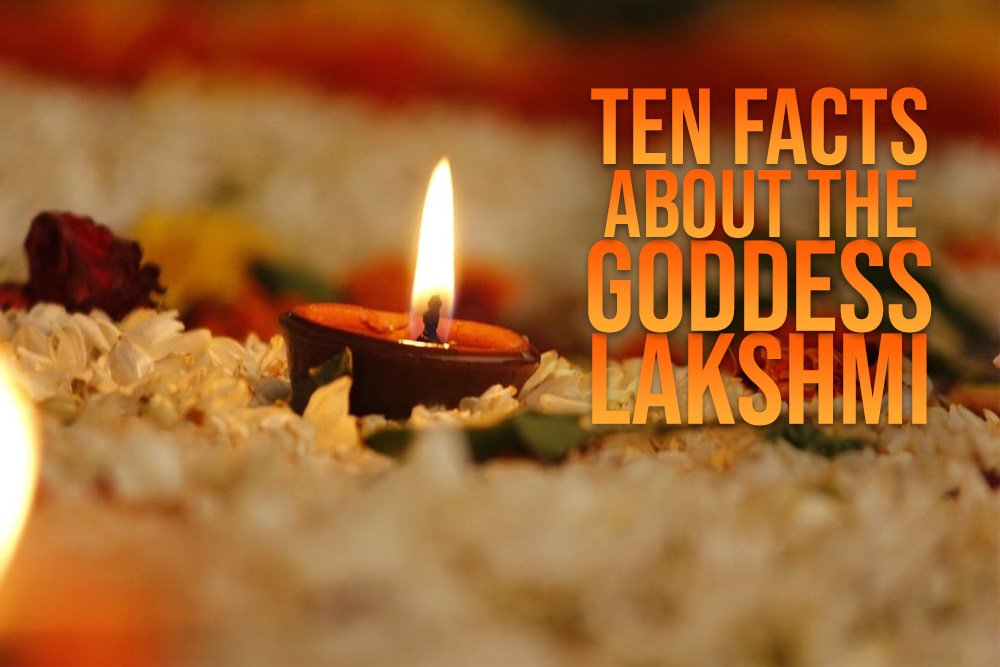 The Goddess Lakshmi is the Goddess of wealth, fortune, and good luck. She is a very popular Goddess amongst the Hindu community because she is the Wife of Lord Vishnu, so she is well-known and well respected.

Most Hindu homes and businesses will have an image of the Goddess Lakshmi somewhere in some form, whether through artwork or a sculpture or figurine.

Many Hindus have sought her blessing over the years, and she's becoming more and more well known in cultures where Hinduism is less well-practiced. So, here are ten facts about Lakshmi that are sure to interest anybody, Hinduism practicing or not!

10 Facts About the Goddess Lakshmi

1. She May Be The Goddess Of Wealth, But She Does Not Suffer Greed

This is interesting because it takes away the more westernized notion that money is everything. In many Western societies, our countries revolve around wealth to the point of greed.

The Goddess Lakshmi, however, does not grant blessings to those with greed in their heart.

Wealth, in her eyes, is a gift to spread far and wide amongst everybody. Many people today could stand to learn that lesson because there is more to life than making money.

2. Her Love For Vishnu Is Devoted

Lakshmi is a devoted wife to Vishnu, so much so that she reincarnates with him every time he does, showing her love for him.

Lakshmi and Vishnu's love is so powerful that Hindu brides and grooms learn a lot about love from the couple.

Many of the ceremonies and rituals associated with marriage in Hinduism has links with Lakshmi and Vishnu. A love so powerful that others learn from it is a beautiful thing indeed.

3. Lakshmi Is Most Often Celebrated On A Friday

In Hindu households, Lakshmi is most often the center of their attention on Fridays, as this is the day that is most associated with her.

They celebrate her with lotus flowers, a symbol she is synonymous with, and bake sweet treats and offer them to her.

It's interesting to know that Friday is associated with her, because Hindu or not, Friday's are often a great day to reflect on the working week that we have just had.

So why not spare a thought for the Goddess Lakshmi next Friday as you look back on your week at work. 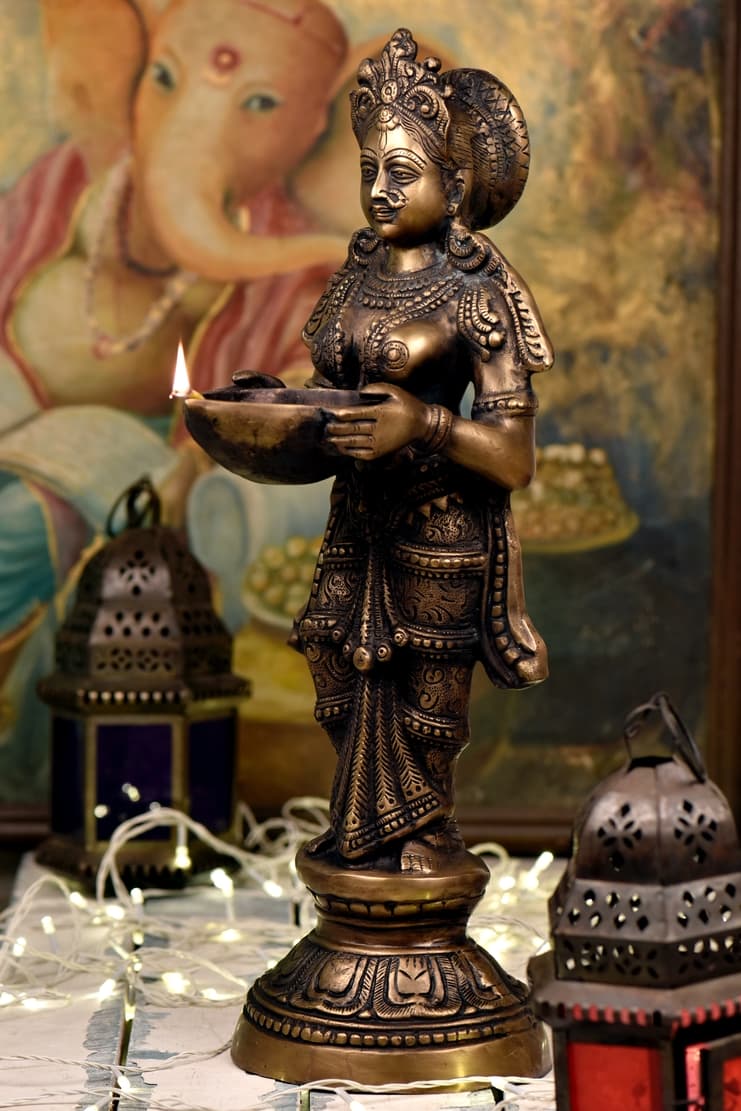 4. All Women Embody Her

From ancient Indian scriptures, it is believed that all women embody Lakshmi. This is fascinating to think of when you think about how powerful and essential Lakshmi was in Hinduism as a whole.

Hopefully, this fact makes women reading this feel a little more empowered than they already do; after all, a Goddess's qualities lie within you!

5. Lakshmi Has A Sacred Name

Lakshmi's sacred name is Shri, and it is seen as being one of the holiest words in all of Hinduism. It offers fulfillment, but it has also been used to bestow honor upon certain people.

One might use the term Shri before saying God's name or else describing their husband or wife. It's interesting to know that her sacred name is still profoundly revered today and that people will only use it for others when celebrating somebody truly special. It's nice to think that Lakshmi's legacy continues. 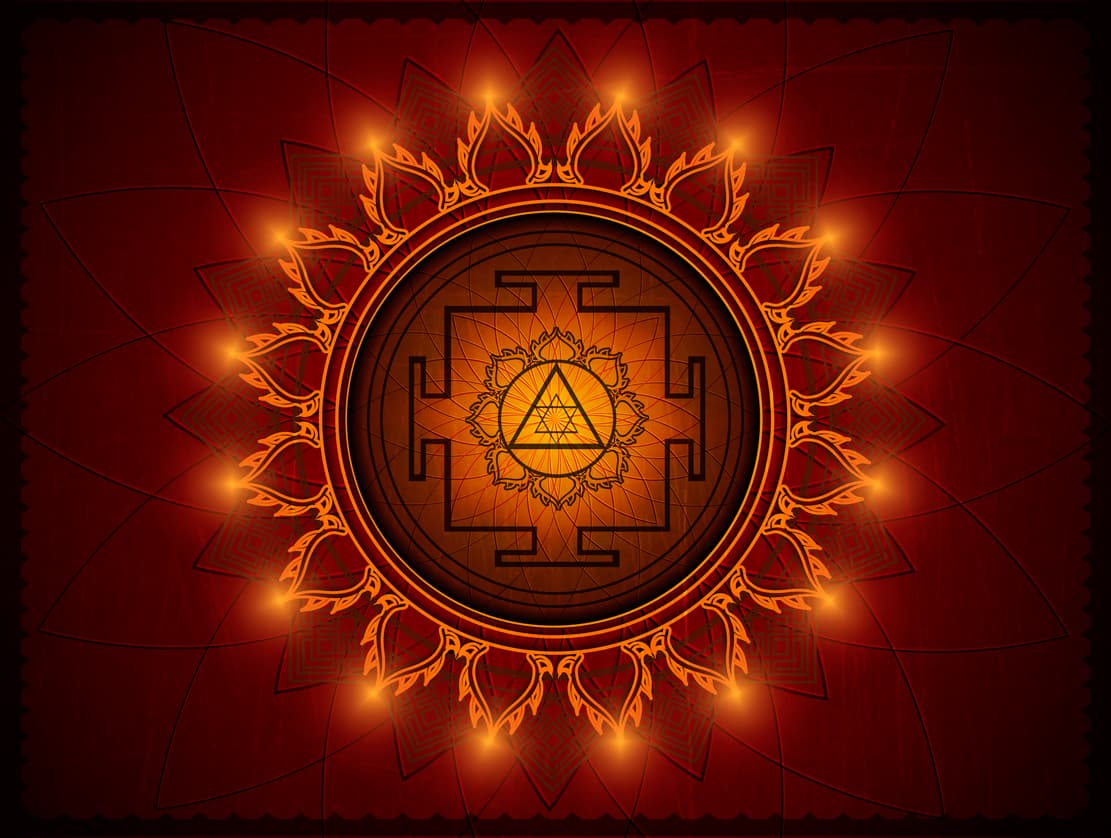 This is Lakshmi's yantra.

6. She Watches Over The Entire Cosmos

Lakshmi is the Goddess of Wealth in Hinduism, but she also looks out for the whole cosmos.

She is believed to be the provider of food, water, and shelter for the entire universe, and it is her blessings that make so many people's lives so comfortable.

There's a chance that when you hear a term like the Goddess of Wealth, that you might misconstrue her intentions and think of an abundance of wealth as opposed to basic wealth that so many might take for granted.

Food, water, and shelter might be something that you've never had to go without, but Lakshmi is a Goddess who prides these necessities as being part of wealth. It suggests that we're wealthy when we have what we need, not what we want.

7. She Is Often Depicted With Four Hands

In Hinduism, there are four goals in human life. These are known as dharma, kama, artha, and moksha. Dharma refers to living life in the right way. Kama refers to one's pure desires in life. Artha refers to material wealth.

Moksha refers to self-actualization and achieving the very best self that one can. It is believed that Lakshmi has come to represent all four of these traits, and that is why she is so often depicted as having four hands because she holds all four of these vital ingredients for a well-lived life. 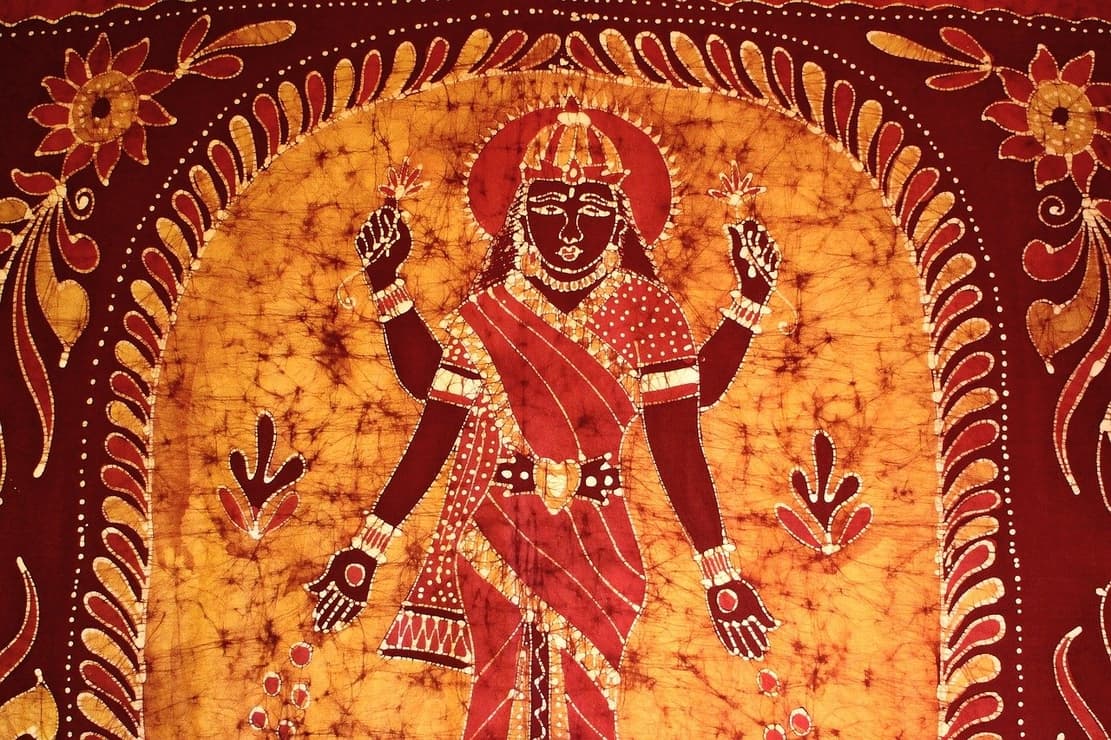 8. She Does Not Favor Arrogance, Even In Those She Supports

The Goddess of Wealth can teach us a thing or two from the story she is probably most well known for. During the Gods' reign over the world, in which they frequently won battle after battle against the demons, the Gods began to become too comfortable with their success.

Angered by the God Indra's arrogance, who cruelly threw away a sacred flower given to him, Lakshmi left for the Milky Ocean.

In her absence, the world descended into darkness, and the Gods began to fail.

After bringing her back through a series of grueling tasks, including churning the Milky Ocean, the Gods reign superior again. It's an essential lesson for everybody not to get comfortable with their power or success, because to become arrogant could lead to the destruction of it all.

9. Her Red Saree Is Significant

Lakshmi's red saree (the dress she wore upon her return from the milky way) has come to represent continuous activity and positive energy.

Rightly so, too, considering the Gods had to churn the Milky Ocean for 1000 years to bring her back. Once they had, the world was filled with positive energy again, so you can see how the associations have been made over the years.

10. She Teaches Us To Work Hard

The idea that Lakshmi did not return to the Gods until they had worked hard enough to find her is an excellent lesson for us all. Good fortune and wealth will not come to us if we are not willing to work hard to get it!