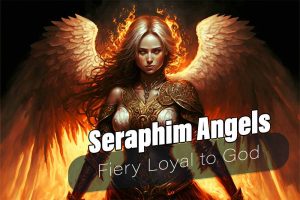 The Seraphim are a class of celestial beings that have been revered for centuries as some of the most powerful heavenly forces in existence, described by early religious texts as "burning ones" who stood closest to God's throne.

These angelic messengers are often depicted with six wings and blazing eyes, their presence so brilliant that it is said to have filled the heavens.

They are renowned for their intense love of God and endless loyalty and devotion to His will.

These divine messengers have appeared in many religious texts throughout history, from the Bible to Islamic and Jewish writings.

The Seraphim are often described as part of the Heavenly Host, a collective of angels who serve God's will without question.

They also feature prominently in various faiths' depictions of Heaven and Hell, providing guidance and protection for those seeking salvation.

Some cultures believe they are protectors or guardians sent down to Earth by divine command. 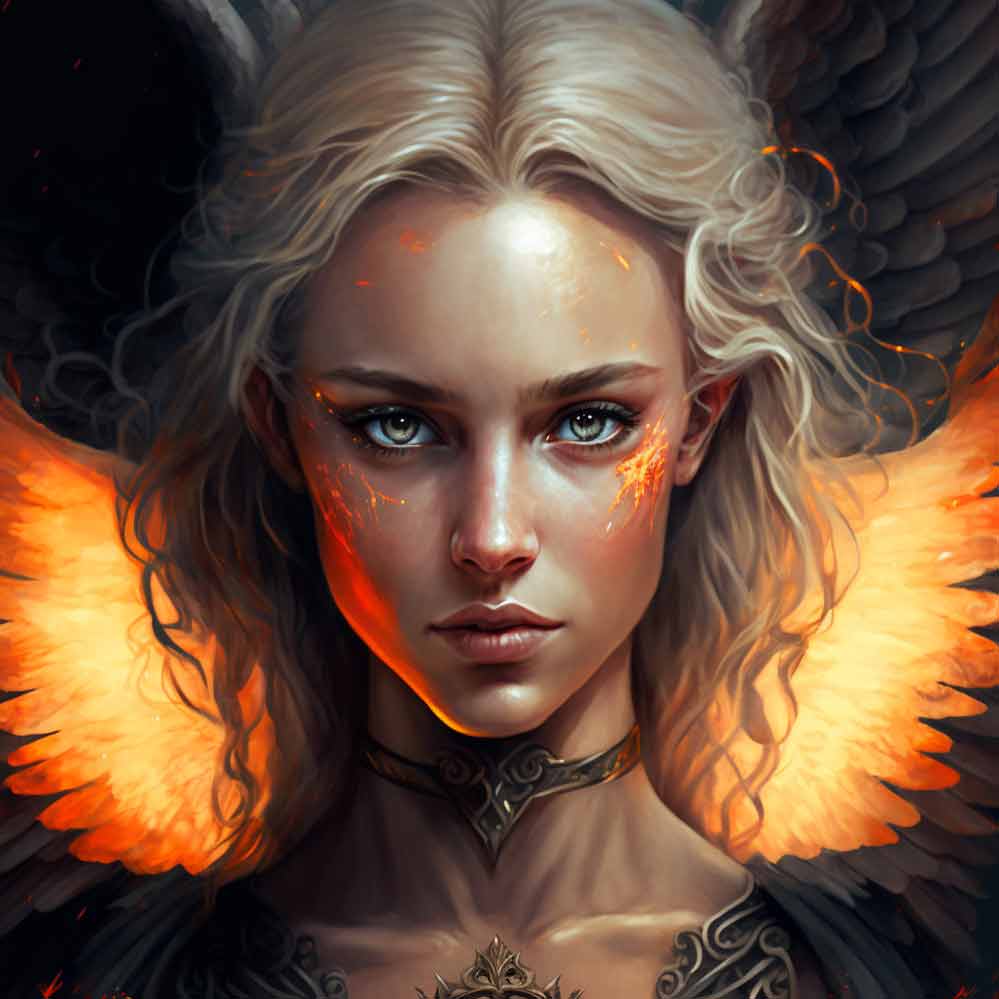 Seraphim angels are said to possess incredible beauty and majesty, their six wings giving them an ethereal quality that sets them apart from other heavenly beings.

Their eyes are said to burn with a brilliant light, and their presence is so powerful it can fill the heavens.

While they are typically depicted as male, some traditions also refer to female Seraphim.

Seraphim angels are renowned for their wisdom, knowledge, and understanding of the divine will.

They are believed to have been granted special access to Heaven's secrets and mysteries and serve as intermediaries between God and mankind.

In spiritual matters, they provide comfort and guidance through messages of hope and promise; in worldly cases, they offer advice on navigating life's challenges with grace and humility.

Role in the Heavens and on Earth

The Seraphim play a crucial role in the spiritual realm, acting as intermediaries between God and man.

In Heaven, they stand closest to God's throne, serving Him faithfully and providing guidance for those in need. 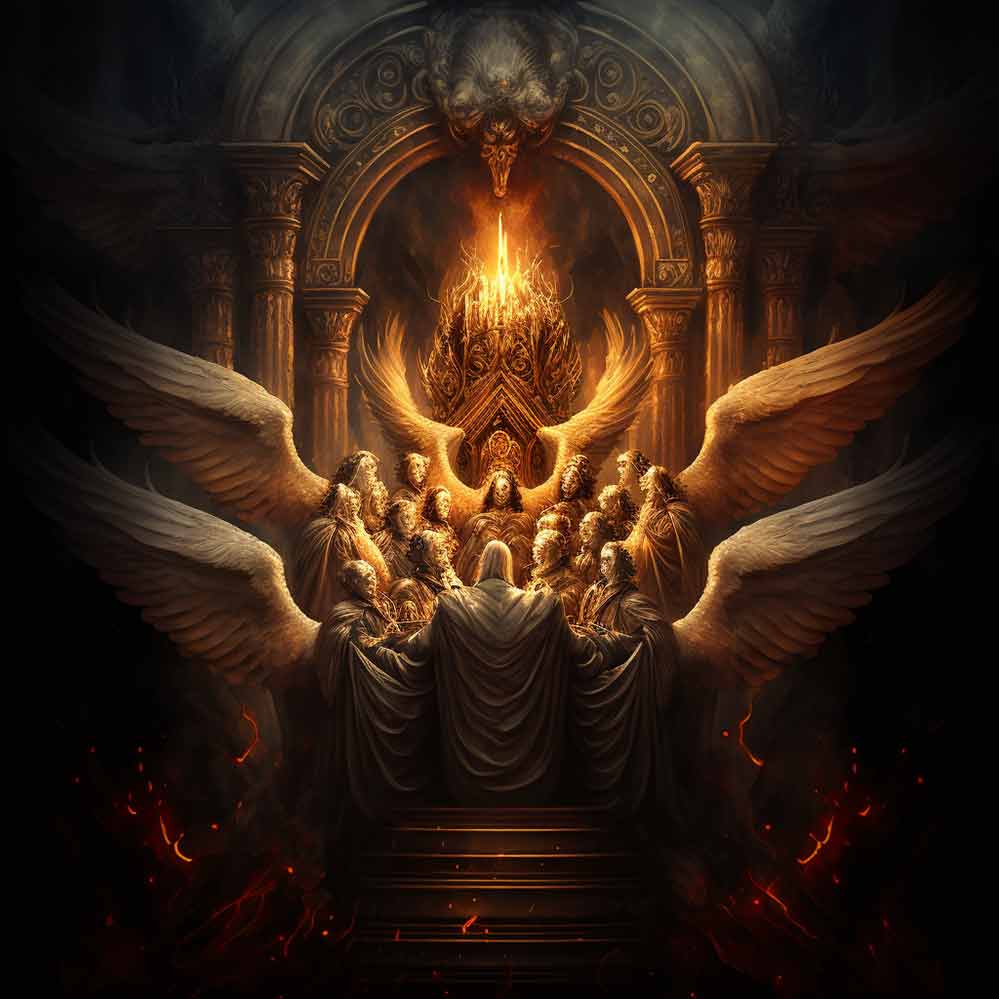 On Earth, they are believed to be protectors and guardians sent down by divine command to watch over humanity.

They also serve as messengers of hope, delivering divine messages of promise to those in distress.

Meaning of the word "Seraphim"

The word "Seraphim" comes from the Hebrew root meaning "burning ones," a reference to their fiery eyes and power.

It is also believed to refer to their intense love of God, as they devote themselves wholly to His will and serve Him faithfully.

The Seraphim often provide humans with signs from the divine realm that can offer insight into our lives or guide us on a particular path.

These messages may come in omens, dreams, prophecies, visions, or other forms of communication.

They can also provide comfort and reassurance when facing difficult times, offering words of courage and strength to help us through.

In addition to delivering messages from the divine realm, Seraphim angels are often called upon for spiritual guidance.

They can provide insight into life decisions or uncover hidden truths by helping us look within ourselves and explore our inner wisdom.

Connecting with our inner divine power can offer clarity and understanding so we can make wise choices.

The Seraphim are a powerful reminder of God's presence in all aspects of our lives, providing us with direct access to His infinite love and grace.

By connecting with the Seraphim, we can receive divine guidance and strength to help us through difficult times. 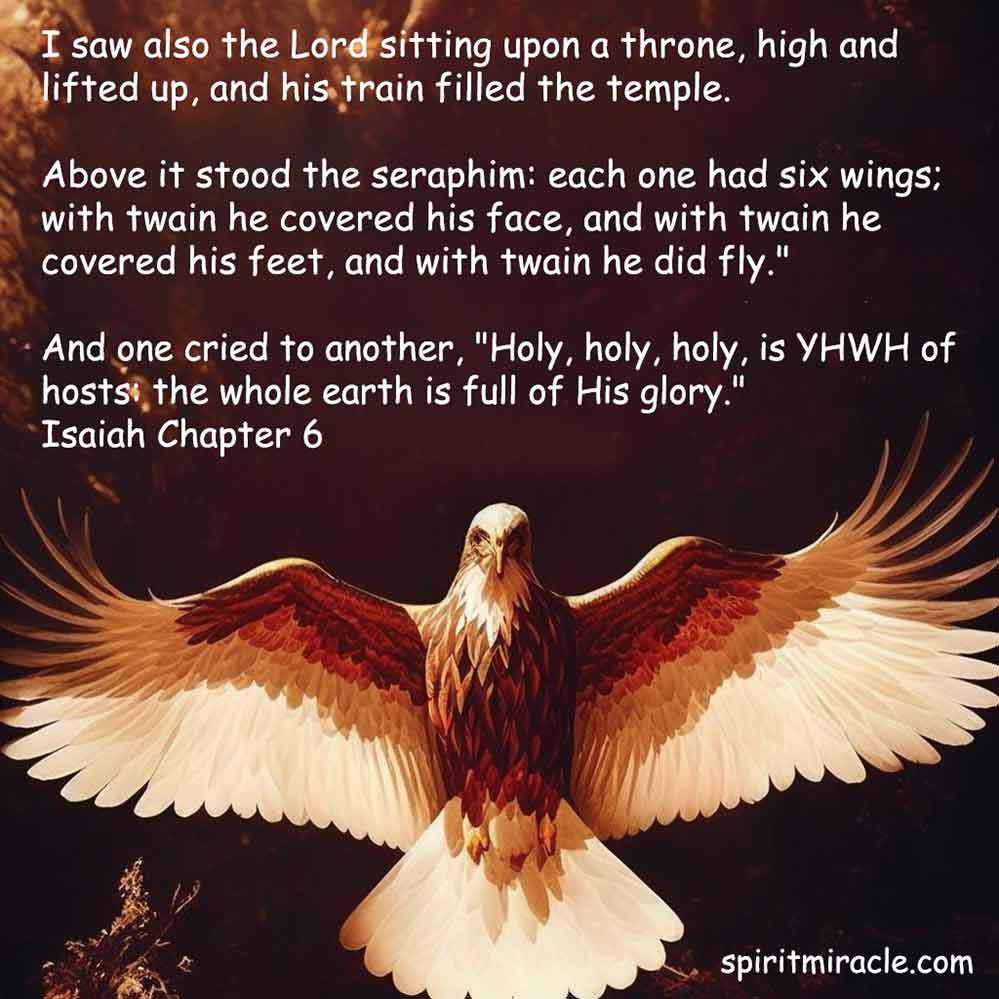 They also remind us that God is always there to provide comfort and support no matter our challenges.

Significance of the Seraphim

The presence of the Seraphim in our lives is a powerful reminder that we are never alone in this world.

They serve as a bridge between Heaven and Earth, bringing divine messages of hope and promise to those who seek enlightenment and solace.

By connecting with their energy, we can access our inner spiritual power and find the strength to carry on when life becomes challenging.

Their connection to the divine realm reminds us that God's love and grace are always with us, no matter what we face.

How to connect with the Seraphim?

Connecting with the Seraphim requires an open heart and mind. To begin, take time to focus on your breath and become present in the moment.

Once you've reached a relaxed state of awareness, imagine that their loving energy and presence surround you.

Feel a connection growing between yourself and the angels, and express any intentions or questions weighing your mind.

Listen for any responses from within or without, as this is how the Seraphim communicate with us.

You can also practice visualization techniques to strengthen your connection with them further or use meditation to clear away any mental blocks that may be standing in your way.

It can also help us find strength and courage in times of hardship and open our hearts and minds to spiritual truths.

By cultivating a relationship with the Seraphim, we can receive divine guidance and support on our journey of personal growth.