Realizing The Power Of Now

I remember vividly when Eckhart Tolle's monumental book was released. It was called The Power Of Now.

Compared to other spiritual books at the time, even the title seemed different.

It's a brilliant title. We are used to projecting positive experiences into the future, but he talked about having it all right NOW.

A friend of mine had read it. He sent me a text message and asked "Have you read this book yet?".

I had not, but was instantly curious when I heard the name of the book.

When I started reading Eckhart Tolle's wise words, I tried to reach for this place he called Now.

I remember imagining how it would feel to finally get there. To the Now. I grasped and sometimes I felt like I was there. In the pure moment.

As I look back, this may seem like a silly effort, but it was honest.

In fact, reaching for the present moment is a powerful technique in itself. It is the same as surrendering to the moment and all that is.

Tolle's way of rewording ancient meditations is brilliant. Instead of surrender, he called it the Power of Now. This definitely made it appeal to those of us in the West.

Eckhart is always trying to teach awareness. The moment is always right here with us, but thoughts can cloud it.

His story may or may not apply to our lives. He suddenly "woke" up into the Now and things were never the same.

For most of us it's a gradual process of becoming aware. Each step takes us closer to the beauty of the moment.

One path is not better than the other.

Watching Tolle's videos added a new dimension to his words. His way of talking was fascinating.

He moved slowly and his words were soft and seemed meaningful beyond themselves.

Listening to words is one thing. Trying to listen to the awareness behind the words is another.

I believe awareness is the key.

Awareness takes us to the next step of our evolution. Therefore, with new awareness the world seems different.

And it is. When you change, the world around you changes.

It's been many years since I first read Eckhart Tolle's Power of Now, but it's time to listen to his words once more.

When we listen with new ears and through new experiences, we learn new things.

If you've read his book before, it's now also out there in audio book format.

If you're looking for a more extensive Eckhart Tolle experience, I'd recommend you check if The Eckhart Tolle School of Awakening is open. It's a 6-month online awakening program. 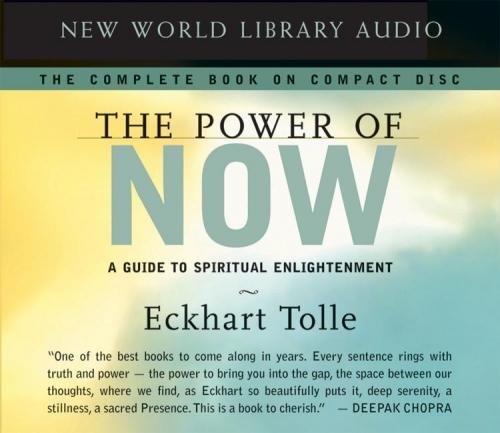