Is It Possible To Awaken Kundalini On Your Own?

The answer here is definitely YES. A Kundalini Awakening is our inner, divine potential.

I was 24 years old when I first came into contact with Kundalini literature. I quickly realized this was the answer to everything I had been searching for spiritually.

In my early 20s I explored the world of philosophy to figure out the "meaning of life".

I never found it there. Every philosophy lacked something I was yearning for. Only later did I know this was a spiritual connection to something greater within me.

I was 24 years old at the moment I started reading about Kundalini Awakening, I felt that this was IT.

A month later I was trying out every technique I could find in books and on the internet.

I don't know why, but I was so inspired by all the wondrous things I had read, that I never read or noticed any words of warning on awakening the Kundalini.

I made myself a routine of techniques that I practiced, but could only hope for results. There wasn't anybody I knew that had tried to do this, nor were any of my friends even aware of the Kundalini.

I continued onwards alone, with no one to explain these new ideas or my practice to.

Before I continue sharing my personal story and what happened the next few months, I want to talk about some of the wondrous things I had read while researching the Kundalini Shakti.

You'll then be better able to understand my frame of mind and how I became so incredibly inspired and determined.

Benefits of a Kundalini Awakening

Before I started working with the Kundalini, I had done Third Eye meditations for a couple of years.

I came to realize through my research that the most effective way of awakening ALL chakras was through a Kundalini Awakening.

Kundalini would rise and activate each chakra on its path towards its destination, which is the crown chakra.

The Kundalini is a manifestation of both god and goddess, Shiva and Shakti. Through its awakening I would know the secrets and experience this union for myself.

While it is not instantaneous, Kundalini leads the way to an enlightened mind. Kundalini is both spiritual and physical and cleanses away the karma that has accumulated through lifetimes.

Those were my main reasons for pursuing a Kundalini Awakening. I had no clue whether it would happen in a month, a year or a lifetime then, but I was convinced I would experience all three.

After a couple of weeks I could notice frustration in my system. This was mostly due to the fact that I practiced celibacy to accelerate my efforts.

The build-up of energy in the root and sacral chakra happens very quickly when you conserve it in this way. I am skipping ahead a tiny bit here by going into the specific techniques, but will elaborate further later.

One Month of Practice

After one month of practicing the techniques I could feel a burning sensation down by the root chakra.

It wasn't very pleasant, but I was extremely happy about it. From my reading, this was to be expected, and this just proved that I was on the right path.

This is when the magic started very gently to happen. I could still feel a burning sensation in my lower back, but there were days where I also felt a kind of bliss I had never before experienced.

I was convinced this was Shakti finally being able to travel beyond its dormant resting place, and reach higher up into new chakras.

From the books I had found, I read that a Kundalini Awakening would bring sensations in the spine that were different for each individual.

After 3 months I felt what can be described as water flowing from the root chakra and up the spine. It was pleasant, and I can't say how happy I was to feel this!

To me, this was a miracle greater than anything I had ever known. The sensation only came once in a while, perhaps once every day.

Otherwise, everything was normal. I didn't feel a sudden change in any way. One thing had changed though, my beliefs about what's possible to achieve is just one of them.

This was 10 years ago now, and the story above changed my life forever, in a positive way. There are so many stories to tell and things to elaborate on, which this website will do.

A Kundalini Awakening is a miracle that we're born with. It rests within us in the root chakra, and it waits for us to say YES and follow its path towards awakening.

I continued to practice and understand the Kundalini ever since those first 3 months of practice.

After a few months I realized that awakening the Kundalini meant that it was always with me. I would do certain Yoga movements and poses that helped the energy flow, and could at those times feel the same pleasant sensations flowing through my spine.

I had many small and big experiences of spiritual awakening since then, and I attributed all of them the Kundalini. It was as if we were a team working towards a higher goal. Today, I believe that is a fact.

I experienced what I call Shiva/Shakti union and my awareness would continually grow. I mention all these briefly here, but will write in more detail later.

I want to share with you one of the techniques I used during those three months. What I understood in time, was that you only need to awaken it once, if you do it the right way.

After the initial awakening, it only needs kindling using less effort.

This technique was essential in my practice. I would do this visualization once a day, sometimes twice. I only spent 5-10 minutes every day, but it was definitely a key element.

The visualization started by seeing the root chakra in your mind's eye. I would simply imagine a red energy center near where I had learnt its location was.

Then I visualized the two energies, Ida and Pingala, slowly start to coil upwards.

These two energies are manifestations of the male and the feminine in the Cosmos. Shiva and Shakti.

I would see them flow and coil upwards, slowly reaching the sacral chakra.

I am not good at imagining anything, nor at doing visualizations, but I kept doing it every single day. You know why? Kundalini doesn't care how well you do it, it is the intention behind it that matters.

The key to any visualization technique is the intention and the focus you put into it. Focus is energy. What we're doing is directing energy into the root chakra, where Shakti is dormant.

I continued the visualization seeing Shakti flow and coil beyond the sacral chakra and into the Solar Plexus Chakra.

Each chakra went through the same process and finally I visualized the energy reaching Sahasrara, the crown chakra.

This is just one of the techniques I used, but this is a very powerful technique you may use and test out.

The illustration below shows you exactly what you should visualize happening within you. 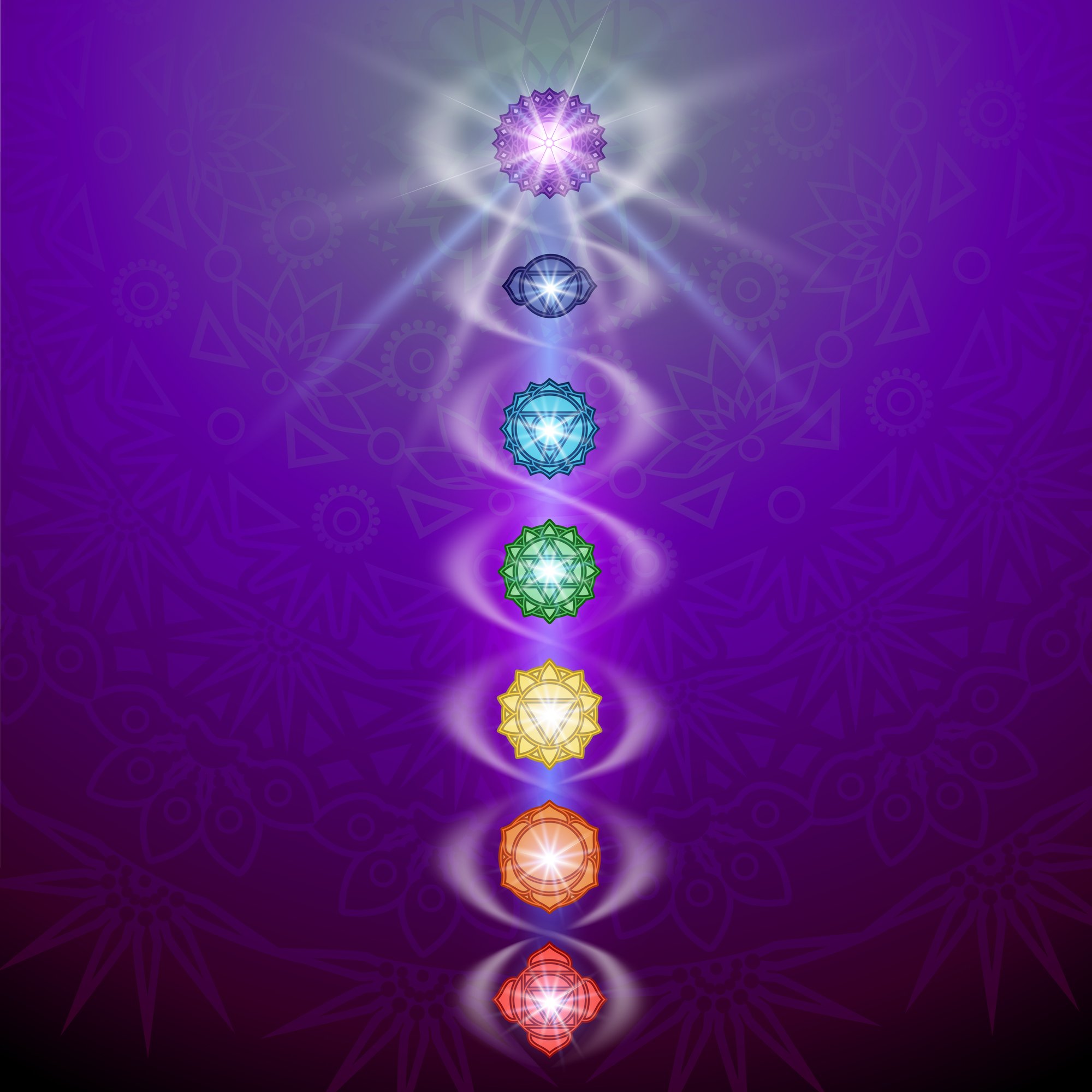 Use this visualization technique and slowly see the energy move through each chakra. Finally it should reach the crown chakra.

After ten years and looking back, my answer is finally no.

Awaken it properly and with the intention to awaken spiritually, you will be safe. Kundalini Shakti is the cosmic mother within us, that wants to nurture our growth and reaching our full potential in life.

During these ten years I often wondered about this question, and many times I read warnings online. In time I simply stopped listening and continued meditating, practicing my techniques and growing spiritually.

I believe anyone with a sound and grounded mind can have a Kundalini Awakening safely.

I could write more about this later, but for now, just remember that the evolution of your soul and spirit is protected by the Cosmic Mother and Shiva, and you should not fear a Kundalini Awakening, because it will take you closer to both.

I am creating a course right now that will teach you how to awaken the Kundalini safely and in the most effective way. If there is something you'd like to see featured inside the course, leave suggestions below.

Also, if you have any questions about Kundalini Awakening, I'll see it and answer your comments below.