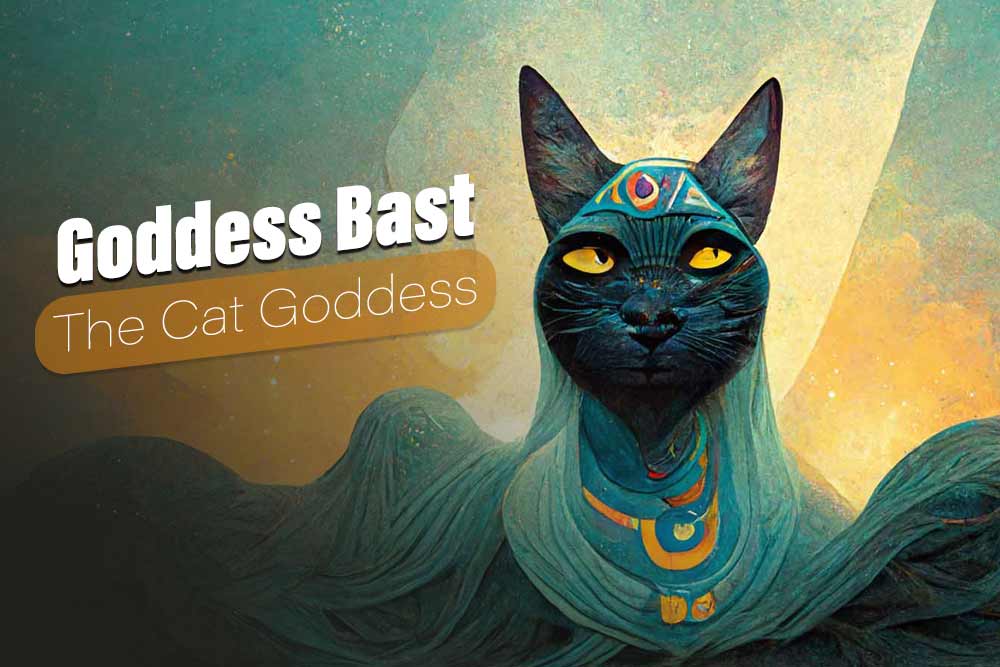 Who is Goddess Bast?

Goddess Bast is the Egyptian goddess of the home, domesticity, women's crafts, and cats.

She is one of the most popular deities of ancient Egypt, and her name was given to many females born during her time.

Goddess Bast is usually depicted as a woman with the head of a cat or a lioness, and she was thought to protect the home from evil forces.

Goddess Bast was often thought of as the daughter of the sun god Ra, and she was sometimes referred to as his "eye."

In this role, she was seen as a defender of Ra against the forces of darkness. She was also the sister of the goddesses Isis and Nephthys and the wife of the god Ptah.

As a goddess of cats, Bast was often depicted with a cat or a lion by her side.

Cats were thought to be sacred in ancient Egypt, and they were believed to have special powers of protection. In some stories, Bast is said to have created the first cat from the ashes of the Eye of Ra. 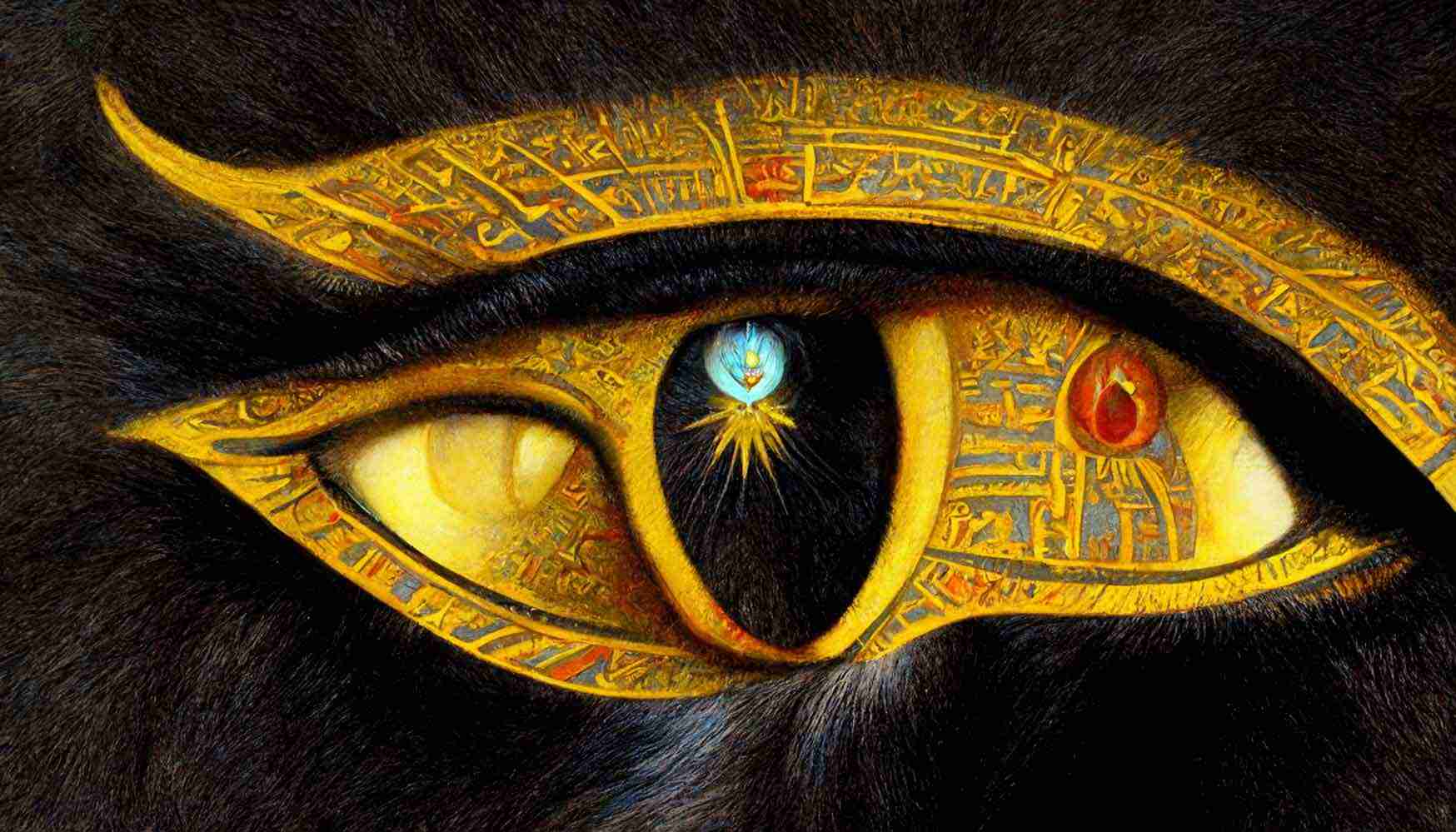 Bast became known as the Eye of Ra.

What are some of Goddess Bast's unique powers?

Goddess Bast has many unique powers, but some of her most notable ones include her ability to protect homes from evil forces, her knowledge of women's crafts, and her affinity for cats.

What is Goddess Bast's mythology?

Goddess Bast's mythology is closely intertwined with that of her sister goddess, Sekhmet.

The two goddesses were often depicted as fighting each other, as Sekhmet represented chaos and destruction while Bast represented order and protection.

It was said that when Ra (the sun god) became angry with humans, he sent Sekhmet to punish them.

However, Bast intervened and saved humanity by tricking Ra into thinking they had been destroyed.

In another story, Bast is said to have defeated the demon god Apep, who was trying to destroy Ra. After her victory, Bast became known as the "Eye of Ra" and was given the duty of protecting him from all evil.

She was linked with the Eye of Ra as a protector.

The Goddess Bast is usually represented as a feline, most often a black cat, but sometimes she appears as a lioness or a house cat.

She was also shown in human form with a cat's head wearing the Sed - festival headdress complete with uraeus and the solar disk. Less often, she was represented as a fully human woman with cat ears.

Bast became one of the most popular deities during the reign of the Pharaoh Amenhotep III (1390-1352 BCE), who built her a temple at Bubastis, which was second only in size to that of Amun at Karnak among all Egyptian temples.

It has been estimated that over 700,000 cats were mummified and buried in her honor at this site.

The Romans destroyed the beautiful temple of Bast at Bubastis in the 1st century CE, but enough remains to give one a sense of its former glory. 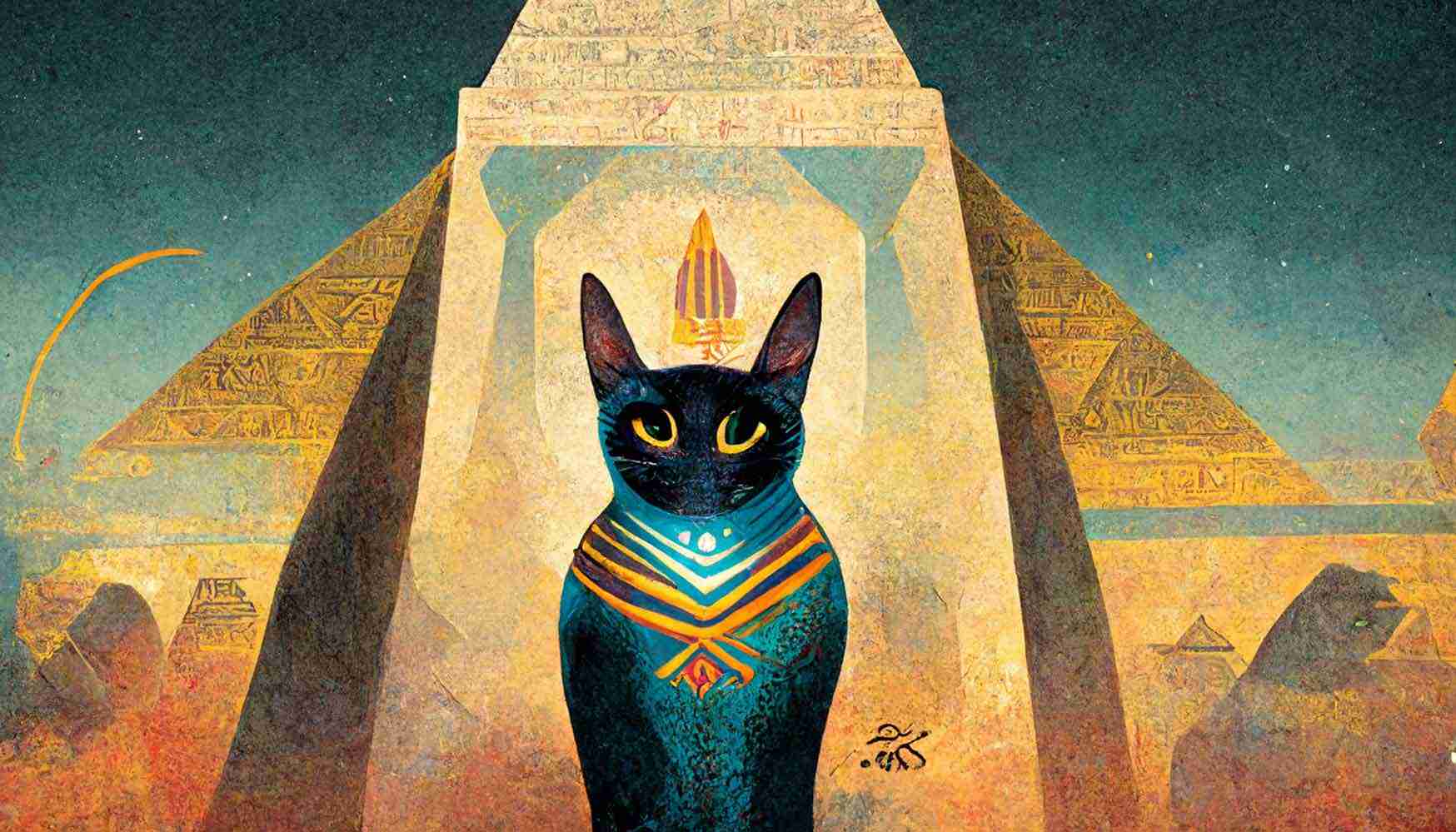 The main sanctuary held a massive statue of the Goddess, probably made of wood and covered in gold leaf.

There were also smaller statues and numerous amulets and statuettes among the ruins.

Along with these were many mummified cats, as one would expect given the great reverence in which Bast was held by the people who built and used the temple.

Bast was revered for her ability to kill mice and protect homes from disease-carrying vermin, and so she was sometimes called the "lady of the East" or the "household goddess."

In addition to her role as a protector, Bast was associated with fertility and women's crafts, such as weaving and music.

She was often invoked during childbirth, and her priests were said to be able to predict the sex of a baby.

How can I worship Goddess Bast?

There are many ways to worship Goddess Bast, but some of the most common include offering her food and drink (especially milk), burning incense, and making cat-shaped amulets.

You can also honor her by adopting a black cat or taking good care of the cats in your life.

How can we connect with her energy?

There are many ways to connect with Goddess Bast's energy.

Some people may choose to meditate on her image, others may recite her mythology, and still, others may simply focus on her unique powers.

No matter how you choose to connect with her energy, the vital thing is that you do so with respect and an open heart.

How can she help us in our lives?

Goddess Bast can help us in many ways. She can protect us from evil forces, give us strength in times of trouble, and teach us the importance of domesticity and home.

In addition, she can also help us connect with our feline friends and appreciate the finer things in life.

There are several symbols associated with Goddess Bast, but some of the most common ones include the cat, the lioness, the solar disk, and the eye of Ra.

These symbols represent her different aspects and correspond to her unique powers.

For example, the cat symbolizes her ability to protect homes from evil, while the solar disk represents her role as the "Eye of Ra."

No matter what her form, Bast was always represented with great respect and reverence.

Her image was often used as a protective amulet, and her symbols were thought to bring good luck and fortune.

Today, she is still worshipped by many people worldwide, and her energy can be called upon for help in times of need.

Bast was often associated with domesticity and home as the goddess of cats.

She was also thought to protect against diseases and evil spirits. In addition, she was linked with the Eye of Ra and was said to be able to cure the blind. As a result, she was sometimes known as the "lady of light."

Bast is also sometimes associated with the goddess Isis. This is likely because they both have similar qualities, such as their role as mothers and protectors.

In addition, they are both linked with cats, which may be another reason for the connection.

There are many different prayers to Goddess Bast, but one of the most popular ones is:

"I honor you, Bast, Lady of the East. I praise your name and offer you my respect. You are the protectress of homes and families and the friend of all cats. Please watch over me and mine, and keep us safe from harm. Amen." 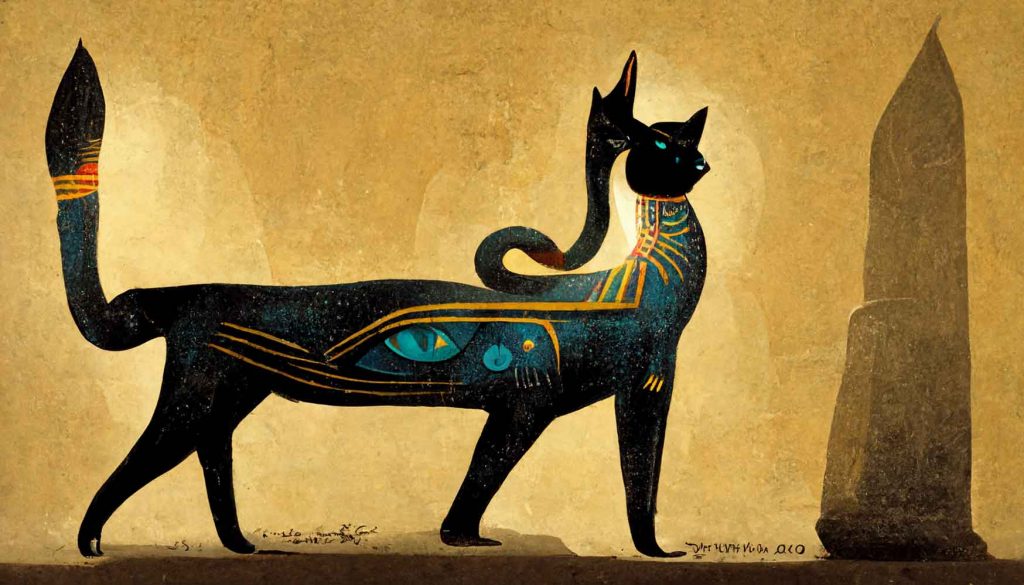 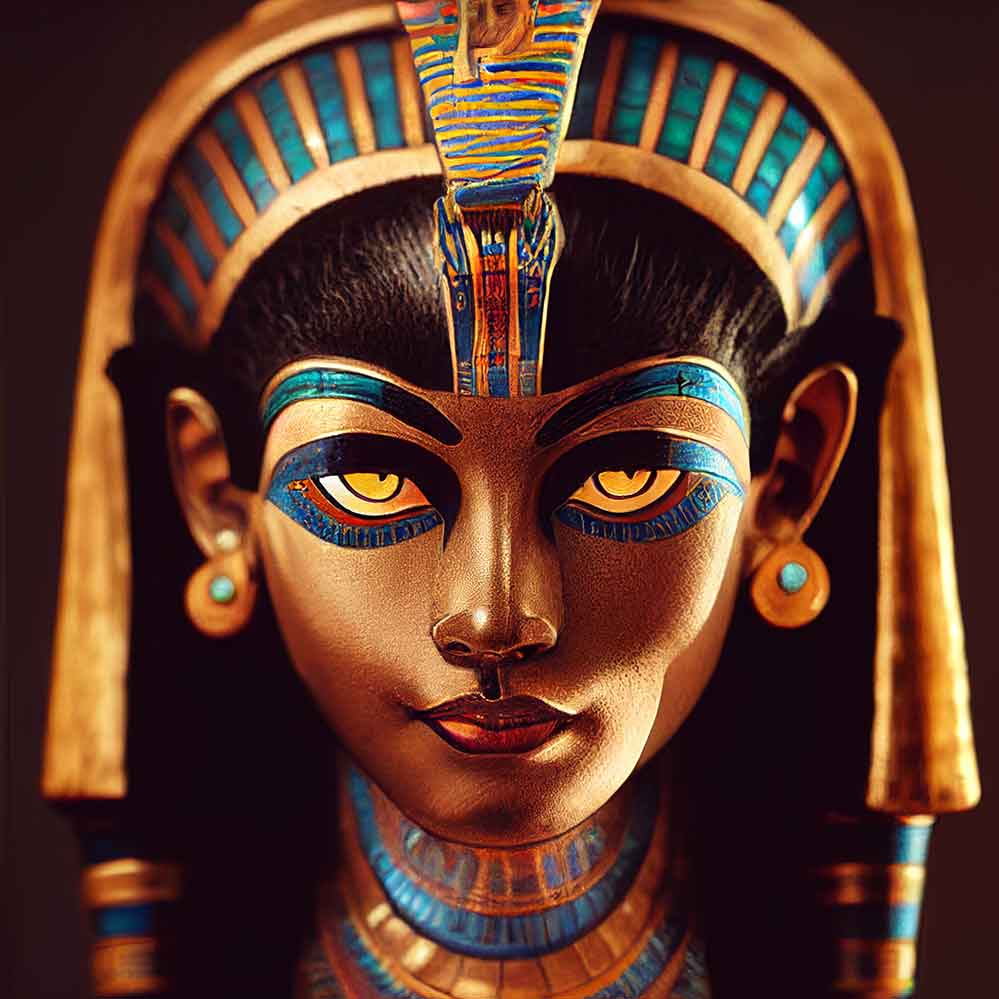 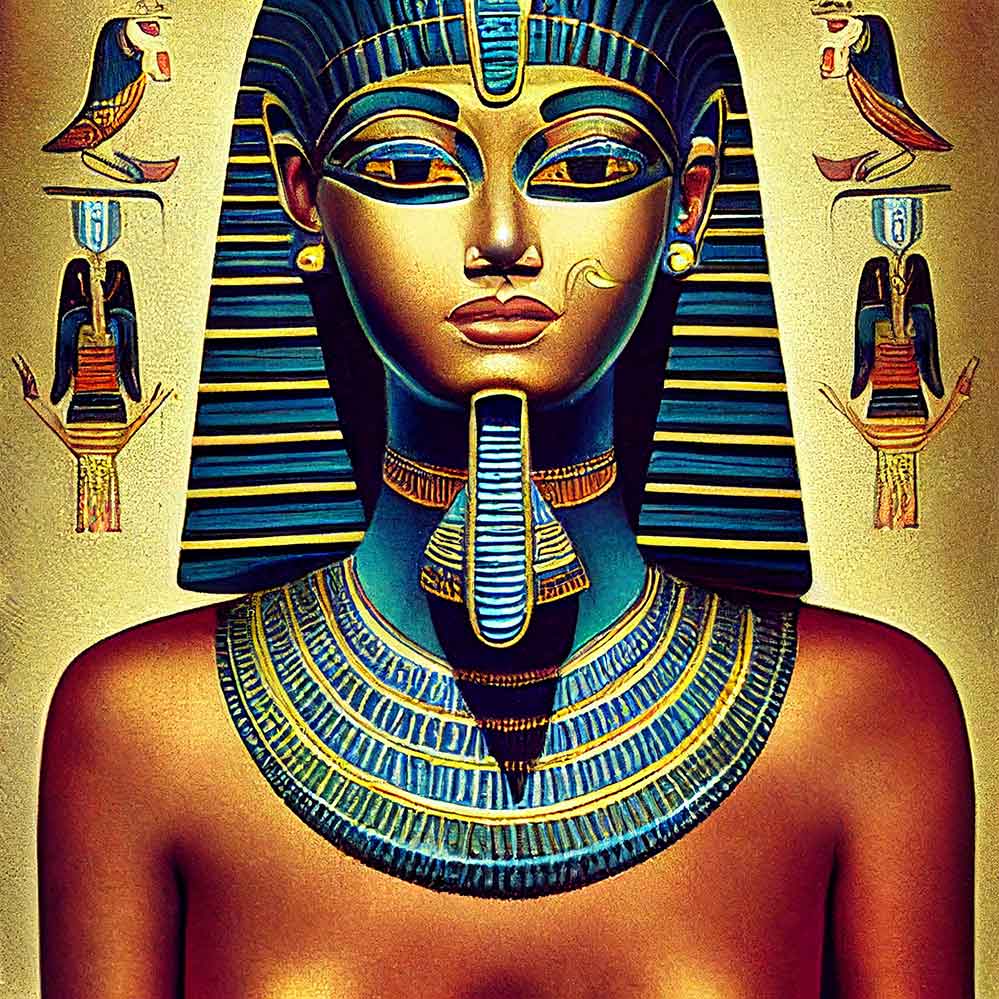 In conclusion, Goddess Bast is a powerful and popular Egyptian goddess representing many different things.

Her unique powers, close connection to cats, and essential role in mythology make her a deity that is both loved and respected by many.

Bast is an excellent choice if you want a protector goddess to connect with or simply want to learn more about ancient Egyptian culture.