Eckhart Tolle invites you to join his free manifestation series

To celebrate the launch of Conscious Manifestation 2021, Eckhart Tolle invites you to join his free 5-part web series on manifesting consciously.

In this program, you will learn to allow universal intelligence to create through you. Eckhart reveals the blocks that stand between you and the ability to create a life of conscious manifestation.

You'll also see how you can avoid the trap of creating from ego. 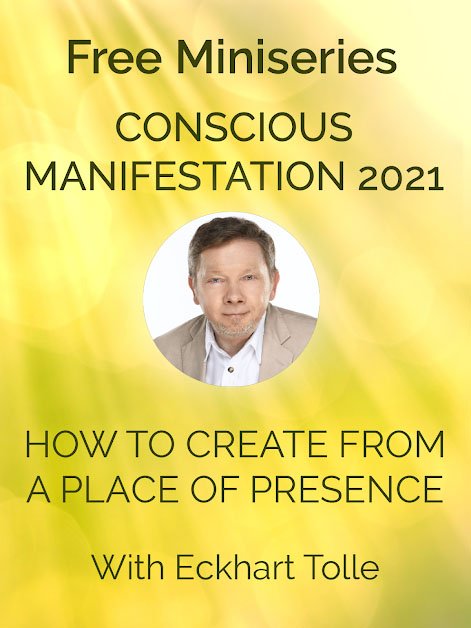 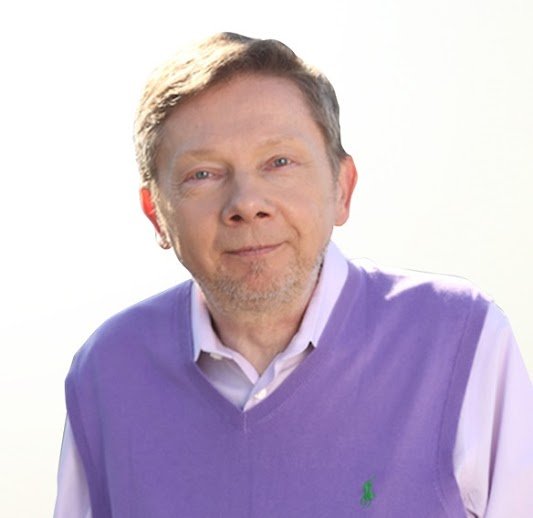 The Story Behind Conscious Manifestation

Great opportunities rarely come twice. When Eckhart Tolle opened the digital doors to his Conscious Manifestation program last year, excitement and interest were higher than ever.

Imagine learning the secrets Eckhart Tolle used to manifest a rich life filled with meaning and positively impact the world at the same time?

When I started my spiritual quest in my early twenties, I quickly encountered Eckhart's teachings. His book, The Power of Now, is one of the most concise and powerful texts ever written. Inside this book, he revealed cosmic teachings in an easy-to-understand language while never diluting the force of their truths.

Eckhart Tolle's approach to manifestation focuses on aligning with the energy of the universe. On his website, he says that instead of manifesting from the ego, he uses a more robust and much more fulfilling way.

When manifesting to enrich and uplift the world, you'll get better results, as Eckhart's life has proven.

There are few enlightened beings in the world, but even more rare is it to teach that enlightenment with clarity and ease. Eckhart is both. He has lived the life of a spiritual sage, and he has mastered the art of being a teacher.

Inside Conscious Manifestation, Eckhart Tolle opens up about his relationship with manifesting life to the fullest.

Eckhart wants us to see the difference between two modes of manifestation: egoic and spiritual.

Egoic manifestation comes from a place of lack and often ends with greed.

Even though this mode can bring about material gains and success, it lacks the fullness of a more open and universal mindset.

Eckhart urges from the start of the program to go into manifestation with consciousness.

To change the world, your own and the one around you, with heart and soul, free from the ego.

The main idea behind Eckhart's vision of manifestation is that you're already powerful and that the universe will back you up when you decide to manifest in a way that flows with the goodness of the universe.

That's why Module 2 in the online course is called: "Inviting Universal Intelligence to Work Through You."

When you accomplish that, the puzzle pieces fall into place, and you manifest effortlessly and with great satisfaction.

A Direct Way to Spiritual Manifestation

Join Eckhart Tolle in this groundbreaking approach to manifestation. You must join before Monday, June 28, 2021. That is when the program begins, and Eckhart starts teaching the program. SpiritMiracle is an affiliate of SoundsTrue. 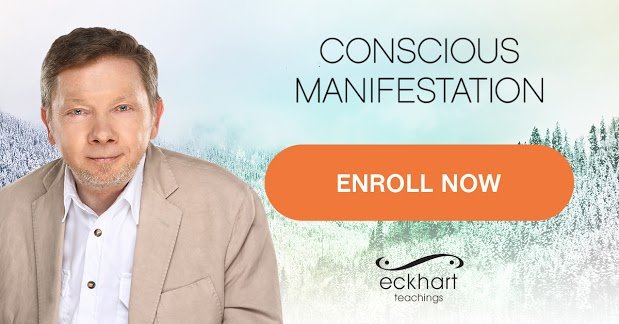 When does Conscious Manifestation begin?

It starts on Monday, June 28, 2021.. That is also the last day to enroll. Make sure you join before then because if this is a program you think you'll benefit from.

Who can join? Are there any requirements?

Everyone is welcome to join Eckhart Tolle on this journey of conscious manifestation.

Is it live or pre-recorded?

Both. The teachings are pre-recorded so that you can re-watch them at your convenience, but you'll also have the tremendous opportunity to ask Eckhart Tolle questions during a live event dedicated to conscious manifestation.

You will be given login information that gives you lifetime access to all the teachings. SoundsTrue.com will give you the access information after you join. Spiritmiracle.com and its author, Jon Andre Lundal, is an affiliate of SoundsTrue.