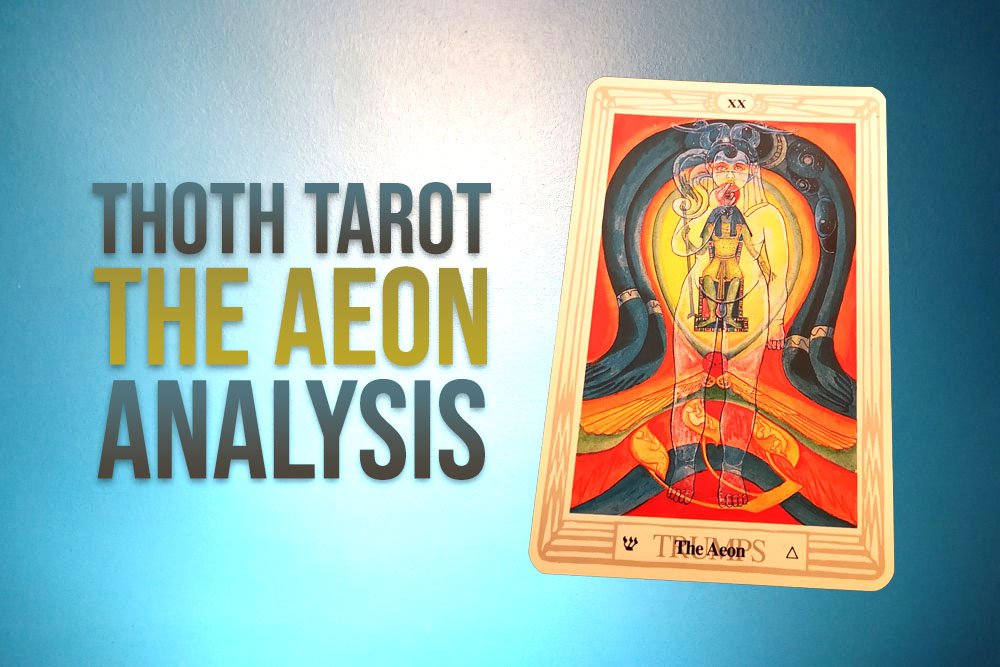 The Thoth Tarot is a tarot deck created by the British occultist Aleister Crowley (1875-1947), which contains scientific concepts and astrological, numerological, Kabbalah, and Ancient Egyptian knowledge.

This tarot deck is rich in symbolism and beautiful images. Despite being complex and mysterious, the Thoth Tarot is one of the most popular tarot decks in the world.

Many point out that this tarot deck has dark content. The reality is that this reputation is due to the fame that Crowley himself cultivated during his lifetime.

The Thoth Tarot is composed of 78 cards, 22 of which are Major Arcana. One of them is The Aeon, which is equivalent to the Judgment card in traditional tarot.

Below is a detailed explanation of the Thoth Tarot card The Aeon.

Interpretation of the graphics in the Aeon

Thoth Tarot card The Aeon is graphically represented by the goddess Nuit.

Below her is Ra-Hoor-Kuit, one of the twins. He carries the Phoenix rod in his right hand, signifying rebirth. In front of him is Hoor-Pa-Kraat, his twin brother, who makes the sign of silence.

The two twins represent the sun in the Thelema symbolism, a religious philosophy founded by Crowley, the Thoth Tarot creator.

General meaning of the Aeon

Thoth Tarot card The Aeon indicates the need for a global understanding of a situation.

Such an understanding can take a long time, as it is complex, and several aspects must be taken into account.

Such a process can be analytical, but you must also consider the individual's soul, body, and mind. Only in this way can a fair and intelligent judgment be achieved.

Aleister Crowley's Thoth Tarot proposes that you renounce your limited perspective and see situations from a higher level to judge them. In this way, you will be able to see things as they are.

The Aeon also has a deep spiritual significance. This card announces that you will soon experience an awakening of consciousness that will mark a before and after in your life.

You observe reality from a global perspective without making value judgments. You already feel ready to eliminate from your life old structures that are not in harmony with you.

You live this process in peace, in silence, and feeling better and better. Your vibratory frequency rises, and your reality projects the spiritual evolution you are experiencing.

You meet new people with whom you feel at ease, as they are evolving along with you.

The Aeon card points to a deep inner work to be done by the individual. He must leave behind the past and be predisposed to receive the future.

Then he must break with old dogmas, traditions, and habits that no longer serve him.

The individual must be willing to "die" to an old identity and be reborn in a new one.

This indicates the evolution that the individual must go through to discover himself.

This card suggests seeing the world from a new perspective without being influenced by the past. Dare to discover a new world, for a new era has begun.

Working With The Aeon

If The Aeon card appears during a tarot spread, it is advisable to allow yourself to undergo a profound transformation.

Encourage yourself to grow and unleash the hidden talents that lie within you. Work on new growth to express your true identity.

Recognize that you want to change your life and become a fulfilled individual in every way.

Trust your impulse and allow your spiritual awakening to begin as soon as possible.
Reject all types of external manipulation: family, society, culture, etc.

Keep in mind that you are the master of your life, and what others think does not matter.

Meaning of the Aeon in a Thoth Tarot spread 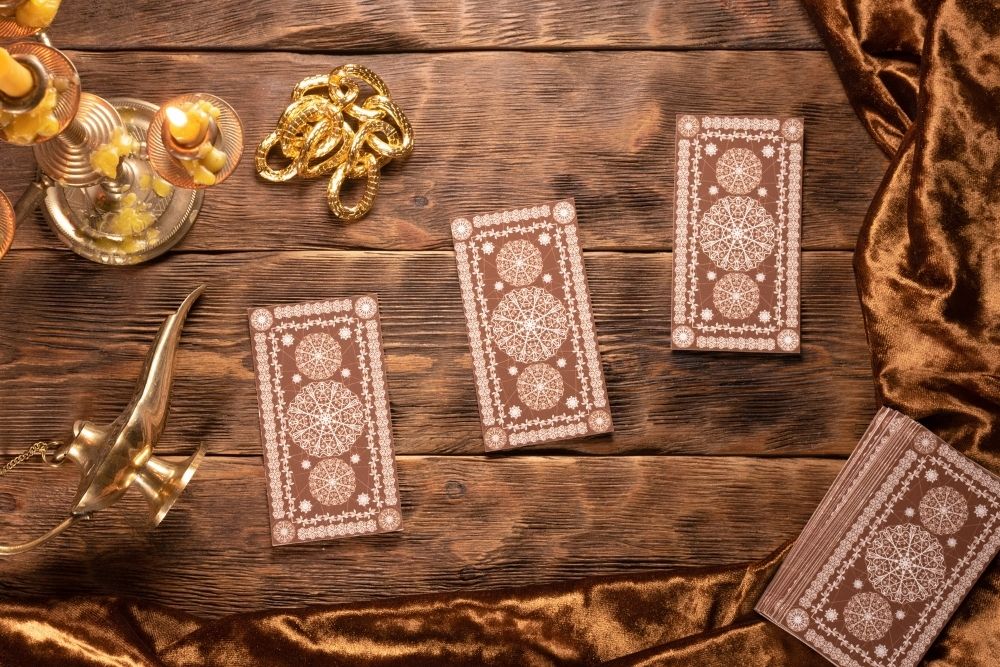 If during a Tarot Thoth spread the card The Aeon appears, it means that you must leave the past behind.

Take complete control of your life and take responsibility for everything that happens to you, whether you like it or not.

Conveniently, you evaluate how your life has worked so far from a global perspective.

Take into account all the elements. Include your emotions, thoughts, and perceptions about what has happened. Do not analyze everything only from the rational side.

Now you know that you have the power to build the reality you want to experience. After this necessary examination, take the courage to live the life you want.

Key ideas: a new beginning, an important decision regarding the past, a final decision that takes you to another state of life.

Reversed meaning of the Aeon

If during a Tarot Thoth spread the card The Aeon appears inverted; it means that externally imposed restrictions are harming your evolutionary path.

The suggestion is that you destroy those blockages that prevent you from growing internally.

Ignore those blocks, and they will have no strength to interfere with your evolution.

Become aware of these obstacles and then overcome them and continue to evolve.

This reversed card may also indicate that you refuse the opportunities for change that appear in your life. This attitude prevents you from seeing solutions to problems that have been in your life for a long time.

The Thoth Tarot card The Aeon invites you to understand a situation from a global perspective taking into account your mind, soul, and body.

Give up your limited point of view and rise above the circumstances to understand them better.

Only then will you be able to see things as they are. Leave behind concepts and structures that no longer serve you.

Dare to be reborn into a new reality where you can manifest your true identity. You are the owner of your life, and you have the right to make it the way you want it to be.

The Sun in Thoth Tarot