Shiva is one of the fascinating Gods in Hinduism.

Still, Shiva has begun to be appreciated worldwide for the morals and positive traits that the stories surrounding Shiva bring to all who hear them.

Shiva is universally worshiped in Hinduism alongside Brahma and Vishnu.

There are so many Hindu Gods that are worshiped in specific areas, towns, or villages, but Shiva is one of the three universal Gods in Hinduism that is worshipped regardless of where an individual was born.

He is known as the Destroyer, Vishnu as the Preserver, and Brahma the Creator. Each balances the other.

But there are far more interesting facts to learn about Shiva than just that. Below is a list of ten facts about Shiva, and all of them are fascinating. There are, however, many more than just the ones listed here.

1. Shiva's Role Can Be Viewed As A Paradox

Shiva is known as the Destroyer, and this takes on many forms.

He is believed to destroy the cosmos and other areas of life on a larger scale, but Shiva is also connected with the positive destruction of one's inner imperfections so that they can grow with the knowledge that they are perfect as they are.

Shiva represents the destruction of life, but he destroys it so that new life can grow in its place. While Shiva can be viewed by many in a negative light because of his destructive nature, it's important to remember that Shiva's primary goal is a positive one: to bring forward new life in the place of the old.

Destruction for reconstruction. Death for life. Shiva is something of a paradox, but it makes him all the more fascinating!

2. Shiva Is Married To The Goddess Of Love

It might seem a little odd that Shiva, the Destroyer, is married to someone so pure, but he is, and it benefits him and all of us greatly.

Shiva is married to Parvati, the Hindu Goddess of love, marriage, fertility, and devotion.

Her positive outlook focuses on creating new life far more than the destruction of old.

She is believed to be the thing that brings balance to Shiva's destructive nature.

Many people who worship Hinduism view Parvati as the Mother of the Universe because it is only by her gentle hand that Shiva has not permanently led us to the universe's destruction. 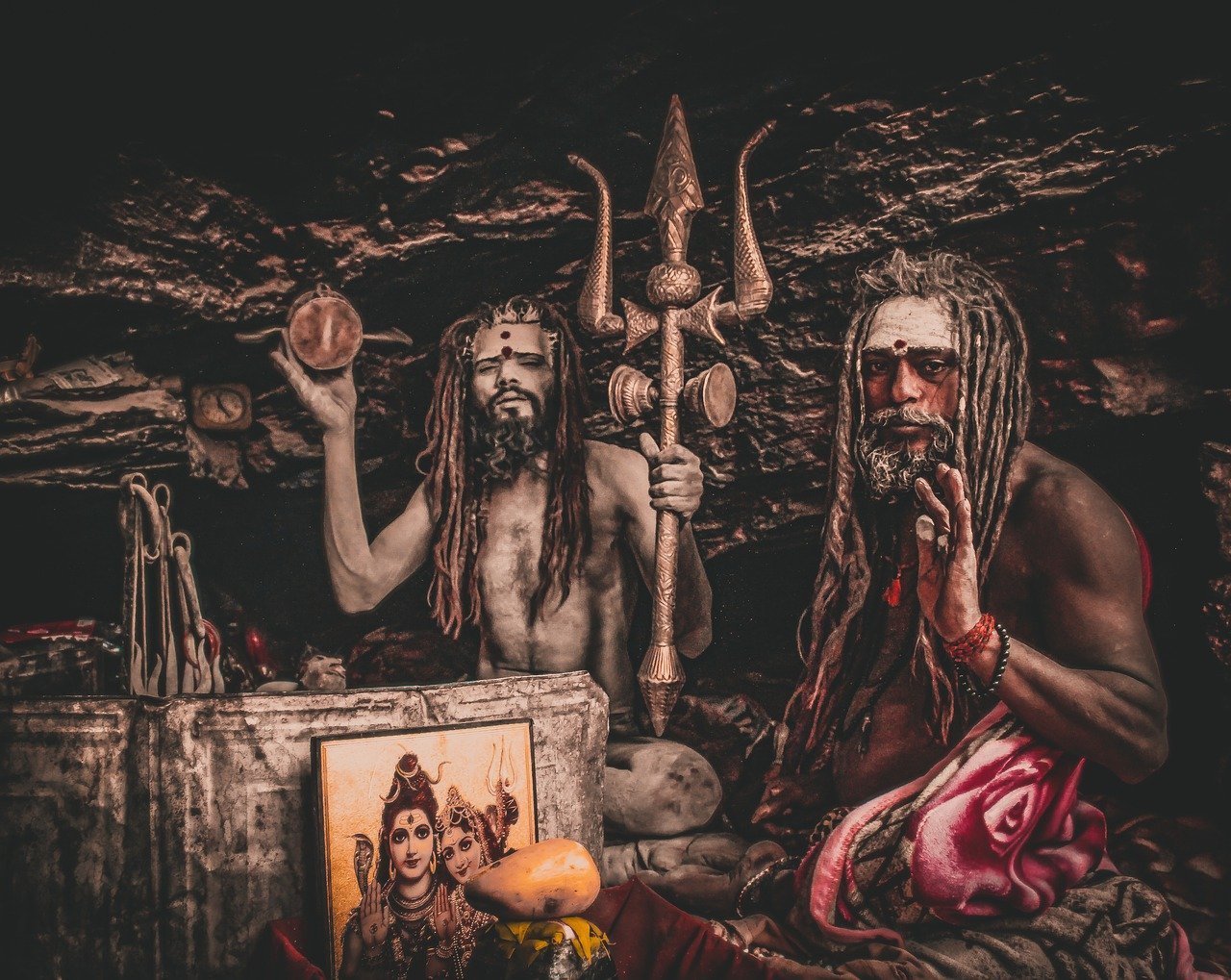 However you view it, Shiva the Destroyer marrying such a calming influence is pretty interesting.

3. Shiva Has A Third Eye

While you're probably familiar with the Third Eye in terms of our chakras, Shiva actually possesses a physical third eye.

However, it is often depicted as being closed because Shiva is looking inwardly. This Third Eye grants Shiva much of the powers and wisdom that we associate with the Third Eye chakra today, so it's fascinating to look at the links between the two.

Shiva's Third Eye provides him with wisdom, knowledge, and clarity of information to chart the right course.

4. Shiva Destroys The Universe With A Dance 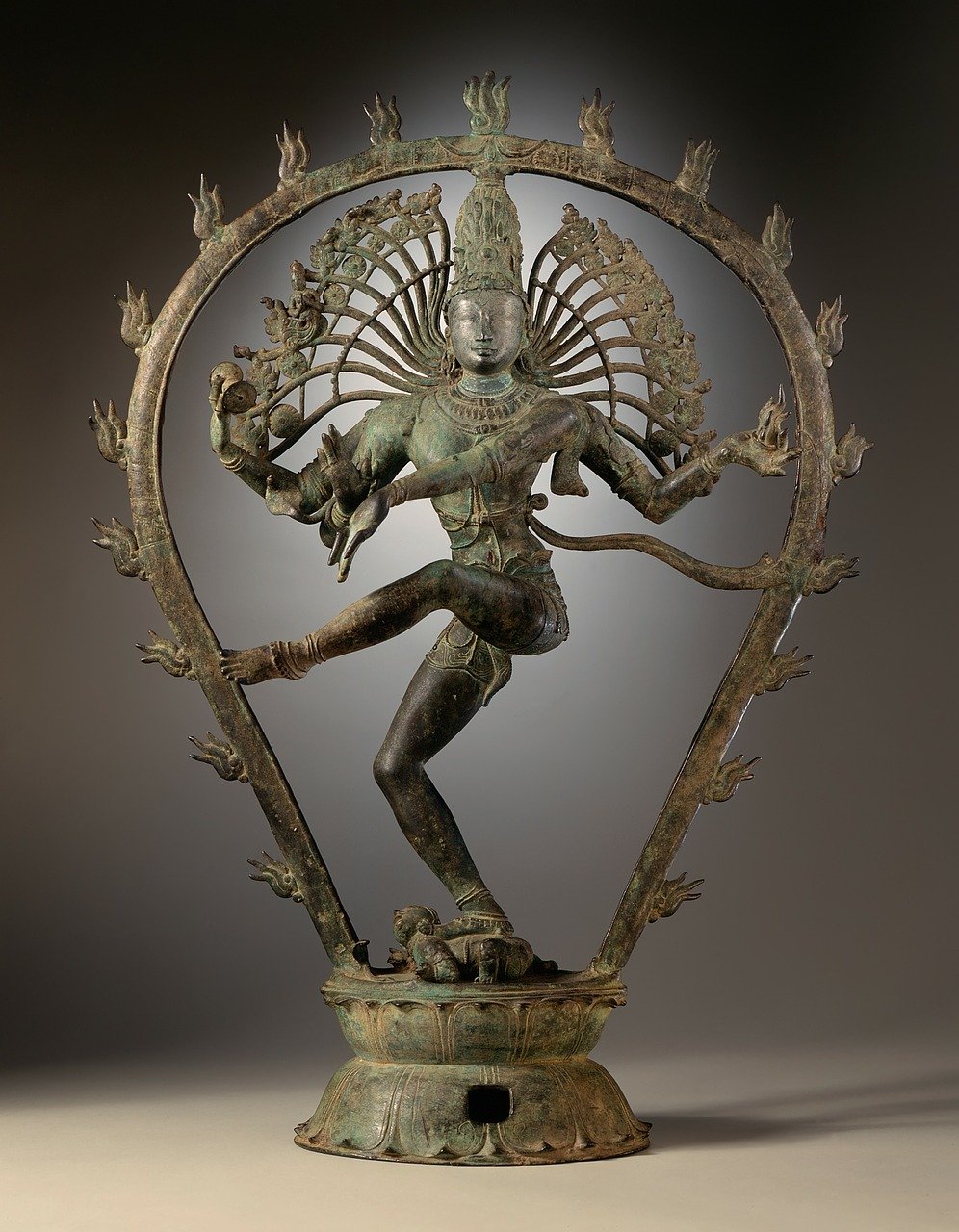 At the end of each age, Shiva is believed to perform a dance known as a Tandav. This dance is linked with the destruction of the cosmos, after which Shiva begins the process of creating a new universe.

Again the theme of death followed by life is present here. It is fascinating to think that Shiva can destroy the universe to bring forth a new life. 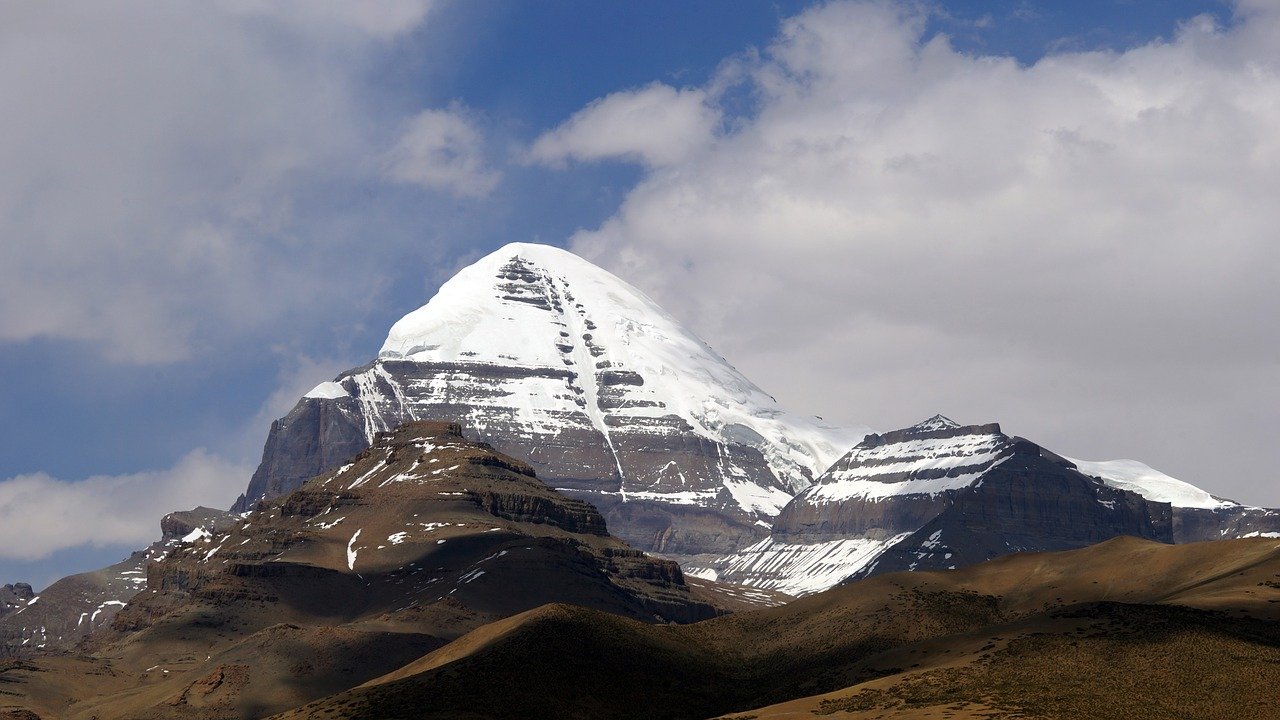 This is fascinating because not only does it provide those who practice Hinduism with a sacred place that they can think of, but it also has striking similarities with Greek Mythology and Mount Olympus, which was said to be the home of the Greek Gods.

It's interesting to think of Shiva atop these great mountains providing balance to the universe.

6.Shiva Has Since Come To Feature Heavily In The Scientific Community

Many people might see science and religion as opposed to one another that you can never unify them.

Shiva represents such wisdom that the Large Hadron Collider in CERN received a gift from the Indian government of a statue of Shiva to symbolize the union of modern-day science and ancient religion. 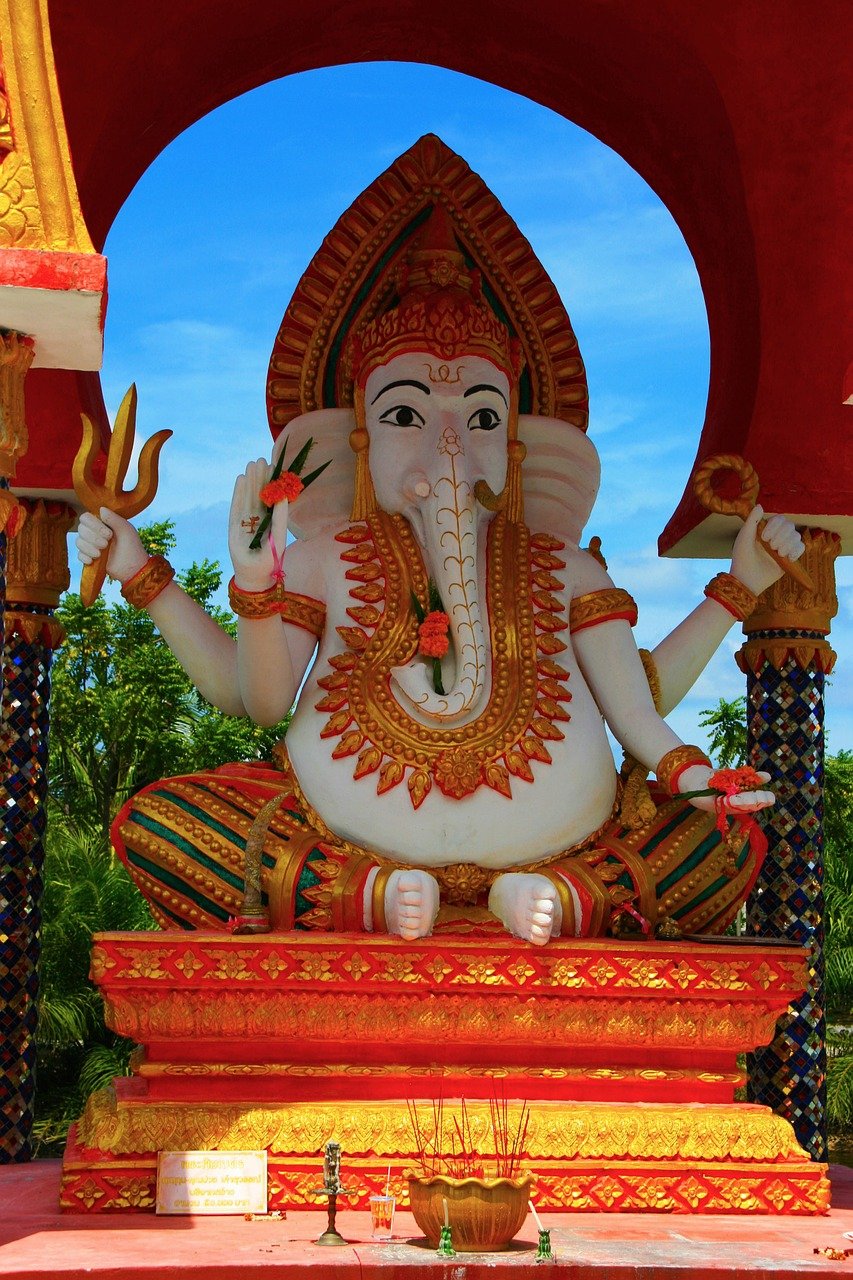 This is fascinating because Ganesha is a widely recognized Hindu God even outside of the religion, so it's interesting to know his connection with Shiva. Ganesha represents new beginnings, so it is apt that he should be the son of Shiva, who destroys to make room for new things.

8. Shiva Is Known By Another Name: Neelkanth

Neelkanth roughly translates as 'blue-throated lord.' Shiva earned this title after demons searched the ocean and left behind a deadly poison capable of destroying the universe.

Shiva was sent to deal with the new poison and drank all of it. Before the poison could kill him, Parvati contained the poison to his throat, which turned it blue. 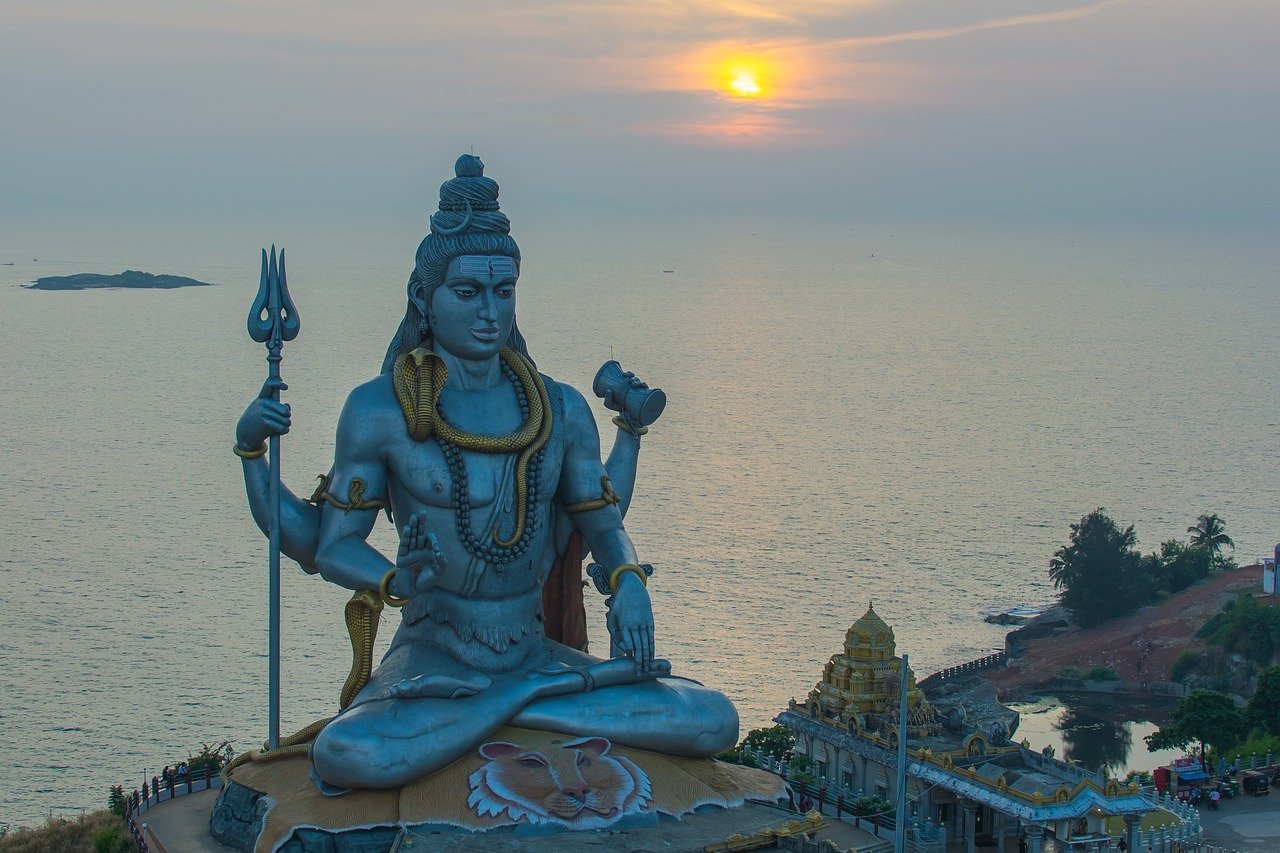 Shiva is very often depicted with a snake wrapped thrice around his neck. Each wrapping is to signal the past, present, and future.

The snake also represents desire, so by wearing it, Shiva is showing his followers that he has overcome all of his passions and serves only the greater good.

This is interesting because it links in with the idea that Shiva is associated with good rather than evil.

Throughout Hinduism, artwork, and sculptures, Shiva is represented in many different ways.

Sometimes he is shown as destructive and fearsome, and others, he is depicted as being peaceful and meditative. Shiva serves as a reminder to us all that we have both aspects in ourselves too.

It's a testament to the fact that our universe still exists that Shiva ultimately must strive for peace within himself. We, too, should do the same, whether we practice Hinduism or not.

Above are just ten facts about Shiva that you have hopefully found interesting, but there are many more reasons why Shiva is such a fascinating God to study!